Two years ago, we took on $17.3M in debt to buy out our angel investors, give employees liquidity, and set ourselves up to be a lasting company.

In the 12 months that followed, we managed to increase our EBITDA from a loss of $500k to $6M in profit. This allowed us to refinance and pay down our debt(we only have $13M left) and set us up to take more risks.

We got our profitable confidence back, which has allowed us to invest in big creative projects like One, Ten, One Hundred and Brandwagon, and it helped us spot a major trend in marketing, Brand Affinity Marketing, which we decided to refocus the entire business on. 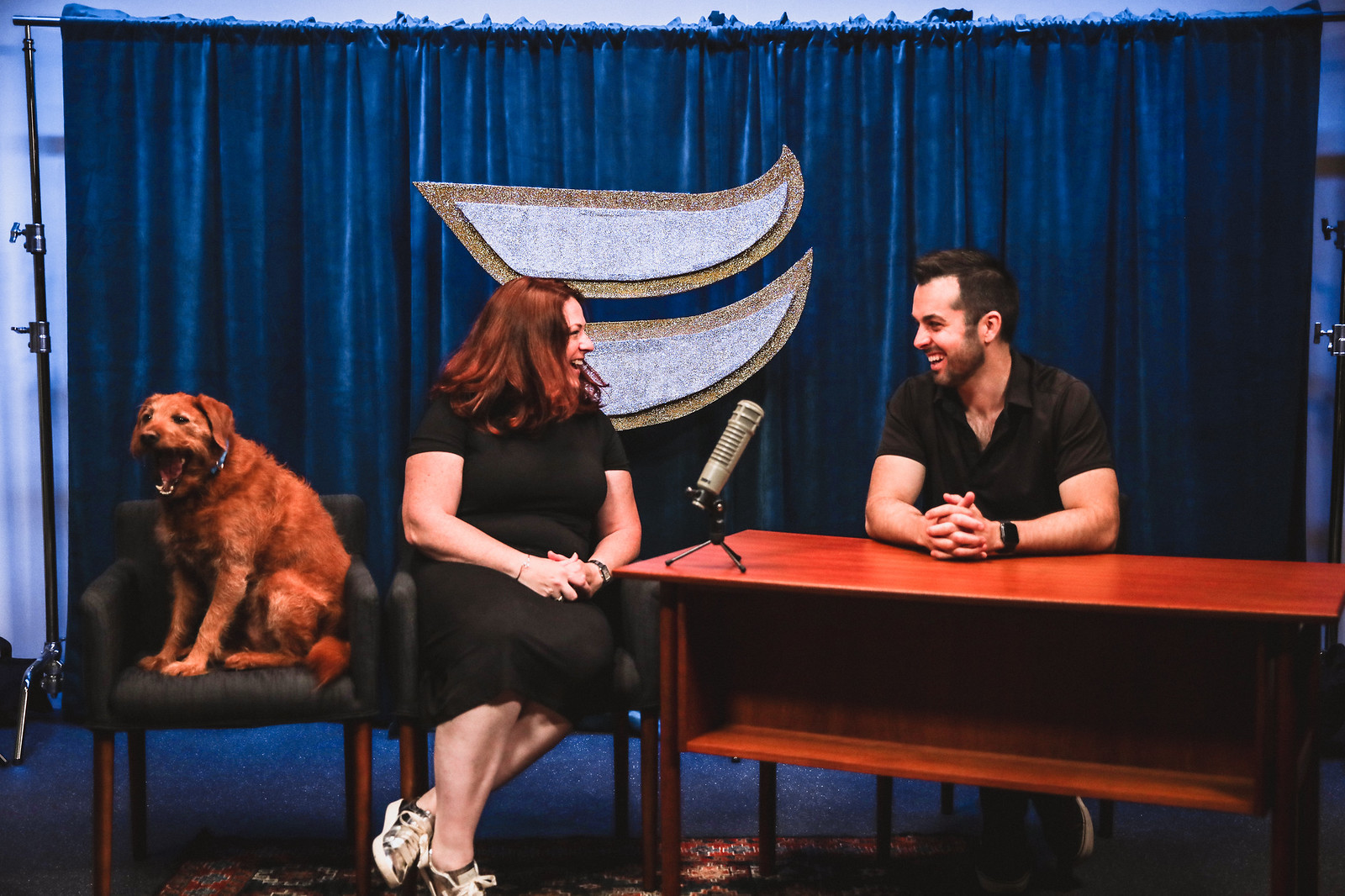 We’re on a great path now, but I often think about what things would have been like if we hadn’t veered off course as we scaled, and the mistakes I made because I didn’t understand the importance that profitability would have on our psychology of running the business.

What is profitable confidence?

Profitable confidence is, mentally and emotionally, an amazing state for building a company. When your burn rate is high and you’re grinding to increase revenue as fast as possible, you don’t make the best decisions for the long-term of your company — even if, as Gumroad founder Sahil Lavingia explains, you can fool yourself into thinking you are.

“I think we thought we were experimenting with different ideas and tactics,” he says of Gumroad’s early years, “But really because we were so focused on short-term growth, in order to raise more money to keep the current state of affairs going, that we were really focused on things we knew would work.”

“That’s not a lot of fun, at least not for me. What’s fun is trying stuff out that’s likely going to fail.”

When you’re profitable, your entire perspective changes. You’re not thinking about revenue in terms of the next few weeks or the next few months. You can think about stuff that’s likely going to fail. You can invest in things that might not show a return for a year or more — and more importantly, you can more easily identify these kinds of opportunities in the first place.

“When you’re profitable, your entire perspective changes. You can invest in things that might not show a return for a year or more — and more importantly, you can more easily identify these kinds of opportunities in the first place.”

You can see the different ways that companies’ financial states affect their decision-making in every corner of the business world, from your smallest mom-and-pop business and startups like Gumroad and Basecamp to the biggest Fortune 500 companies.

The psychology of profit and loss

In 2005, a team of economists did a survey of 401 CFOs mostly of big, publicly traded companies. They asked them several questions about decision-making in the context of reporting — whether, and how, the need to disclose earnings information to shareholders affected their behavior and decision-making.

They found that a large majority of CFOs were more than willing to sacrifice promising future projects with high potential value in order to hit earnings targets. 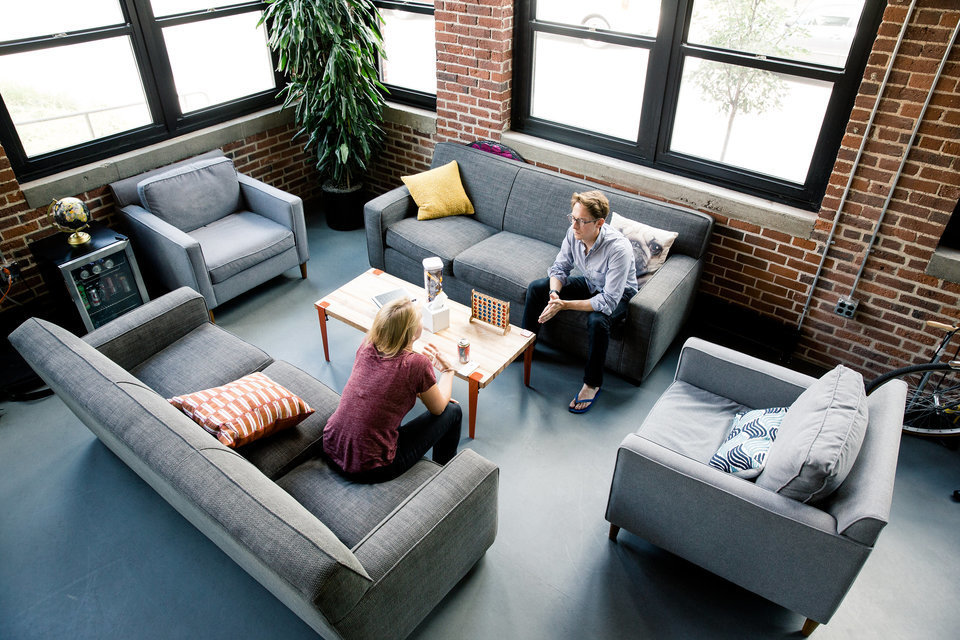 A full 78% said they would directly “give up economic value” in exchange for a smooth earnings curve — a way to avoid it appearing to analysts as though there’s anything uncertain about your company’s earnings.

This may sound like an irrational trait of public market companies, but this kind of short-term thinking is just as common in startups as it is in large, publicly-traded corporations — just for different root reasons. We learned that the hard way.

A few years into Wistia, other founders and investors started telling my co-founder Brendan and I that Wistia was too profitable. If we wanted to seize the opportunity in front of us, we needed to be spending on hiring, on growth, on more customer acquisition. We needed to get more aggressive.

We listened. We thought about it. And then we changed the way we ran our business. We hired so fast that we grew to 50 people (from 25) in one year, and to 80 the next. We spent so much that we started running at a loss and depleting our cash reserves, forcing us to grow revenue faster to compensate.

Our newly ambitious targets created a need to think in the short-term: we needed projects that could increase our revenues now, not over the next five to ten years.

“Our newly ambitious targets created a need to think in the short-term: we needed projects that could increase our revenues now, not over the next five to ten years.”

We started putting off important projects on customer-facing features and focused instead on what we knew would generate revenue immediately: conversion rate optimization, giving out discounts, and the like. Product improvements needed clear ROI, as did all other projects.

Doing this, we were adding new customers and growing faster every month — but something was wrong. The company was starting to not feel like Wistia anymore. Everyone was more stressed, people started leaving, and the creative spark that had guided most of our early marketing efforts seemed missing. 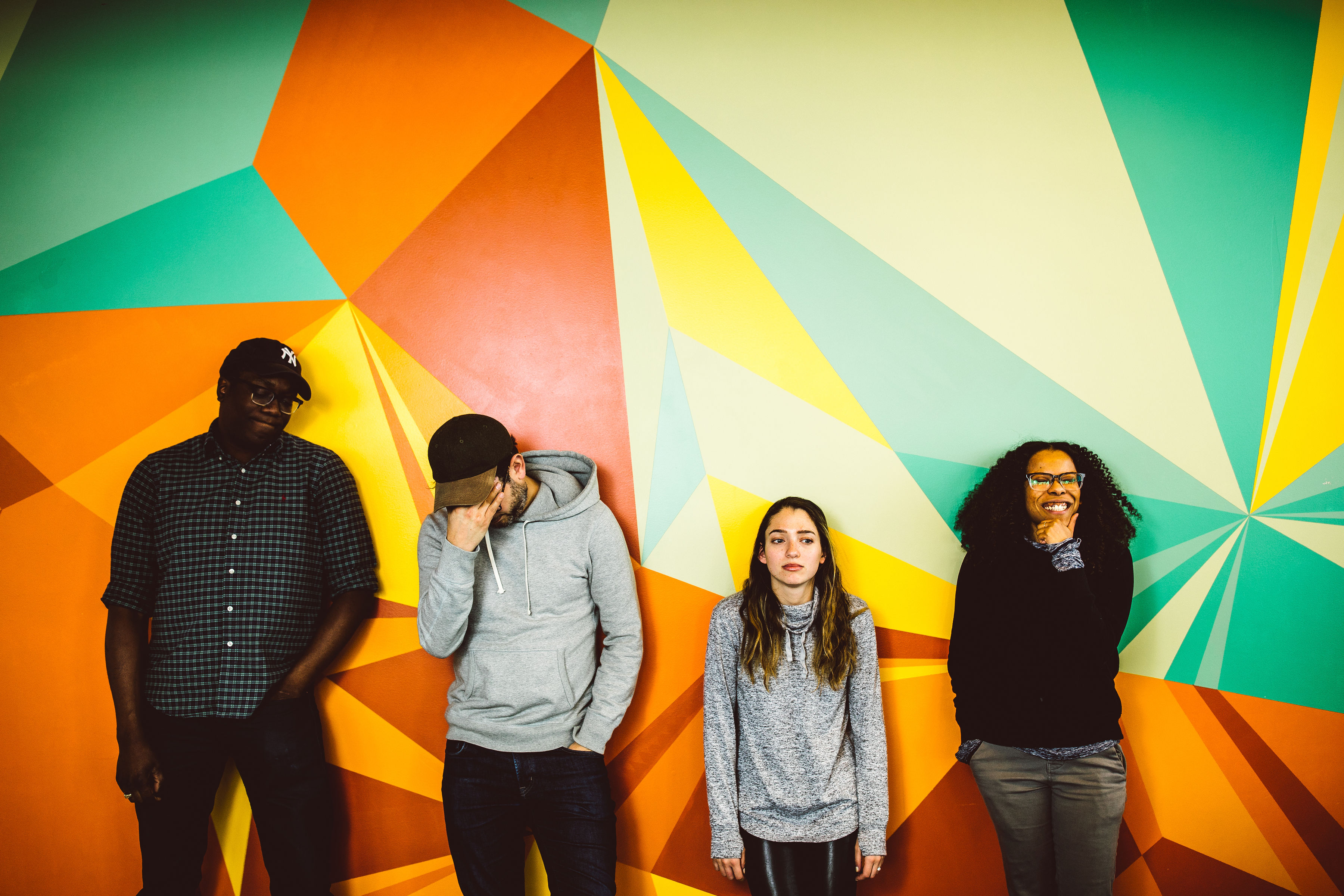 Profit and the long-term view

The decision to prioritize growth was always bound to affect the kinds of projects that we were going to take on. What took us longer to fully understand was how important the company’s balance sheet was in those calculations.

We became myopic when we ran at a loss. We shut down projects that looked interesting but didn’t have a clear ROI because we couldn’t afford to take the risk of falling further behind while doubling down on projects we knew would increase revenues while not offering us much.

When we were profitable, on the other hand, we were creative. We took risks and used our instincts. We built our best features, did our best marketing, and kept our people happy.

The consistent through-line was this: when we were profitable, we had a more long-term outlook.

“I don’t see any conflicts with profit and growth. I think they go very nicely together. Profit is fuel you can put into growth. Or you can take out and put in your pocket. Profit = flexibility, and to me, that’s far more valuable than growth.”
— Jason Fried

When you’re profitable, and placing long-term bets, and acting creatively instead of reactively — and still seeing success while you’re doing all of this — you instinctively start thinking about the future in terms of decades rather than months. You start thinking about bigger bets, and more ambitious projects, that pay off along that longer time-scale. You don’t have to worry about paying rent or payroll next month and, without that constraint, you start to think more creatively about how to deploy your cash.

“We’re investing in fun projects! We get to give back to the community, we get to move slower, and we get to NOT BE STRESSED OUT. Before, it was like treading water. We were alive, but always aware of impending death. Now, that’s gone away.”
— Sahil Lavingia

You don’t need to wait for short-term ROI and experimental results. You’re operating from instinct and from confidence — not direct evidence.

This long-term focus inevitably aligns you with your customers, without whom there is no long-term. When your highest priority is growth, you lose that connection — it’s next to impossible to serve both customers and revenue targets. When you’re making decisions without duress, on the other hand — and with plenty of money in the bank — you’re free to focus on what will make your product better for your customers.

And over time, that brings growth too — actually, since flipping the switch back to profitability, our growth rate has gotten even faster. 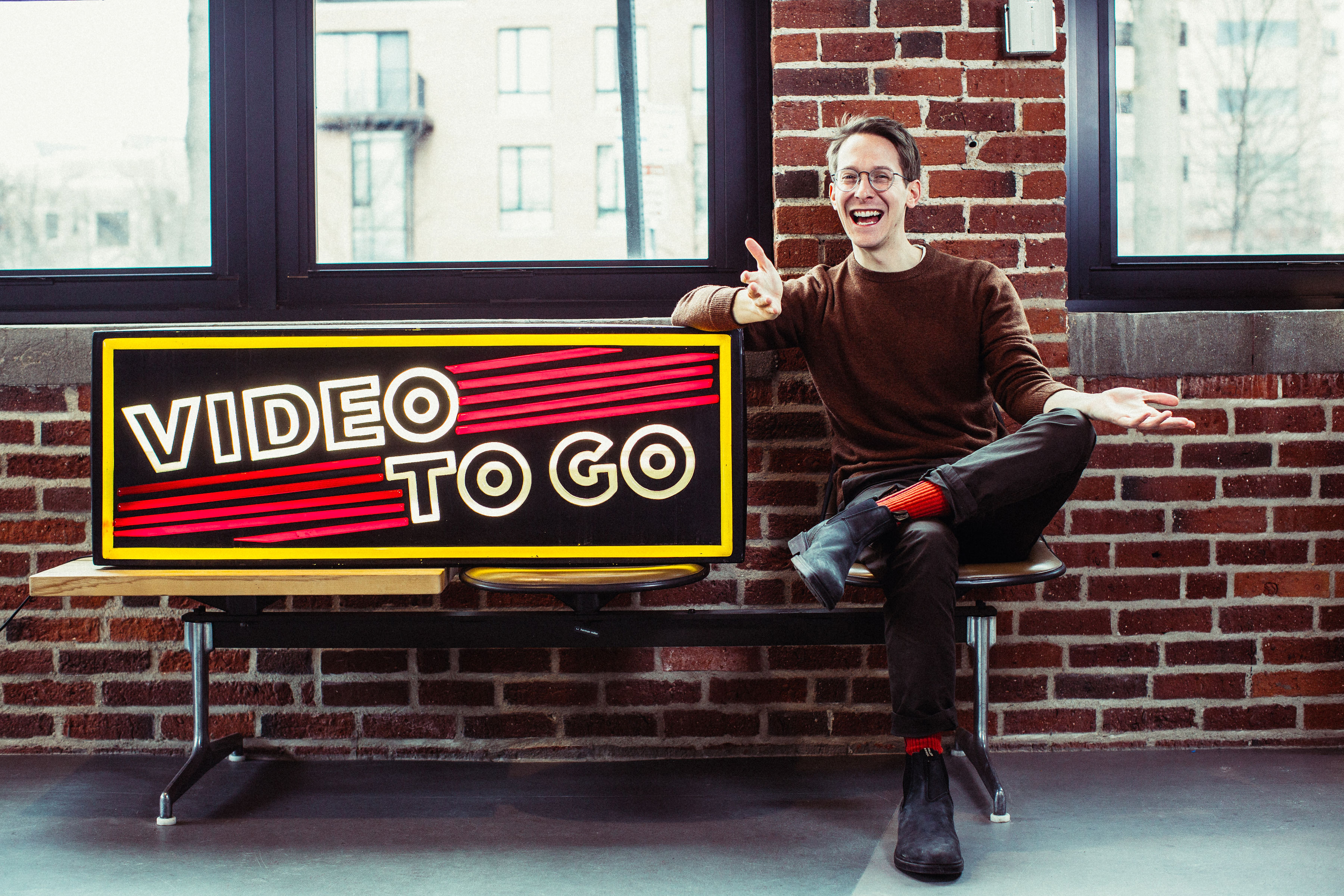 We don’t necessarily expect that we’re always going to grow as quickly maintaining our profits as we did when we were running at a loss, but that’s okay.

Companies that expand as fast as Wistia did — and many do it much, much faster — are often less “growing” and more “inflating.” Their team directory gets bigger but in an unsustainable way. Revenue increases, but at the cost of a Frankenstein product that drives away its core users.

This doesn’t necessarily factor into the calculations when your ideal exit is just a few years away, but it needs to if your goal is to build a lasting business.

“We think investing in product slower can be better for Gumroad too, maybe also paradoxically. Because we can really consider the decisions we are making before doing them, and also be more introspective about what worked, and what didn’t, and why.”
— Sahil Lavingia

Despite the different cadence we have at Wistia, we’re more confident than ever in our ability to build a big business over the long-term, mainly because now our destiny rests entirely in our own hands.

We have money in the bank, which means we don’t have to optimize for the short-term. We have our eyes fixed firmly on the future. And — most importantly — we’ve regained our sense of profitable confidence.

It’s true that today VC fundraising can still be a valuable tool for some kinds of businesses. In some winner-take-all spaces, it’s hard to see how you can compete without a huge infusion of cash upfront. But with companies like Atlassian and MailChimp out there, the myth that raising VC is the only way to build a big, long-term business is more than untenable — it’s counter-productive.

“Make more money than you spend, and you’ll never go out of business. Simple as that. I got in this to stay in this, not to get out of it, so profits align very nicely with longevity in business.”
— Jason Fried

From strategy to execution, learn how to build a brand people actually love by checking out our Brand Affinity Marketing playbook.