If you’ve been following along on social media, reading our blog, or even receiving some of our emails, then you know we’ve been up to something pretty big here at Wistia. So big, in fact, that we decided to rent out an entire movie theater to debut it to the world (er, Cambridge, anyway). I’m talkin’ about our new original series, One, Ten, One Hundred. 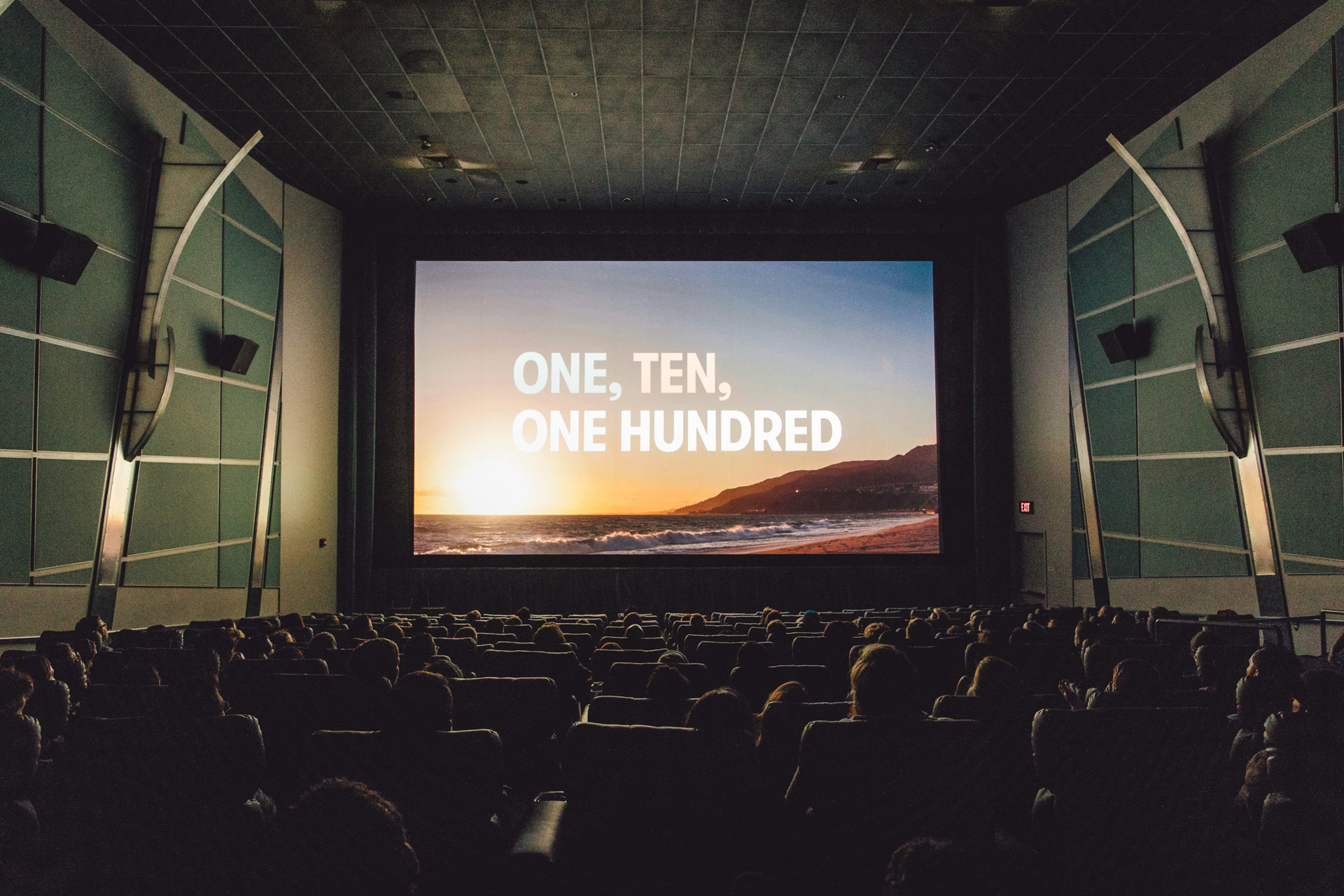 If you haven’t heard much about the project yet, I’ll get you up-to-speed: We challenged Sandwich Video in L.A. to create three ads for Soapbox, each with three very different budgets: $1K, $10K, and $100K. Then, we documented the entire process to capture exactly what went into the production of each ad. We learned a ton and wanted to make sure others could learn from this experience, too. So, we created a four-part docuseries called One, Ten, One Hundred. Now that we’re all caught up, let’s continue!

And what better way to debut the series than on the big screen with our friends, families, and our local community in attendance? This was (hopefully) the first of many debuts — complete with a live Q&A with the makers — so naturally, we learned a thing or two along the way. 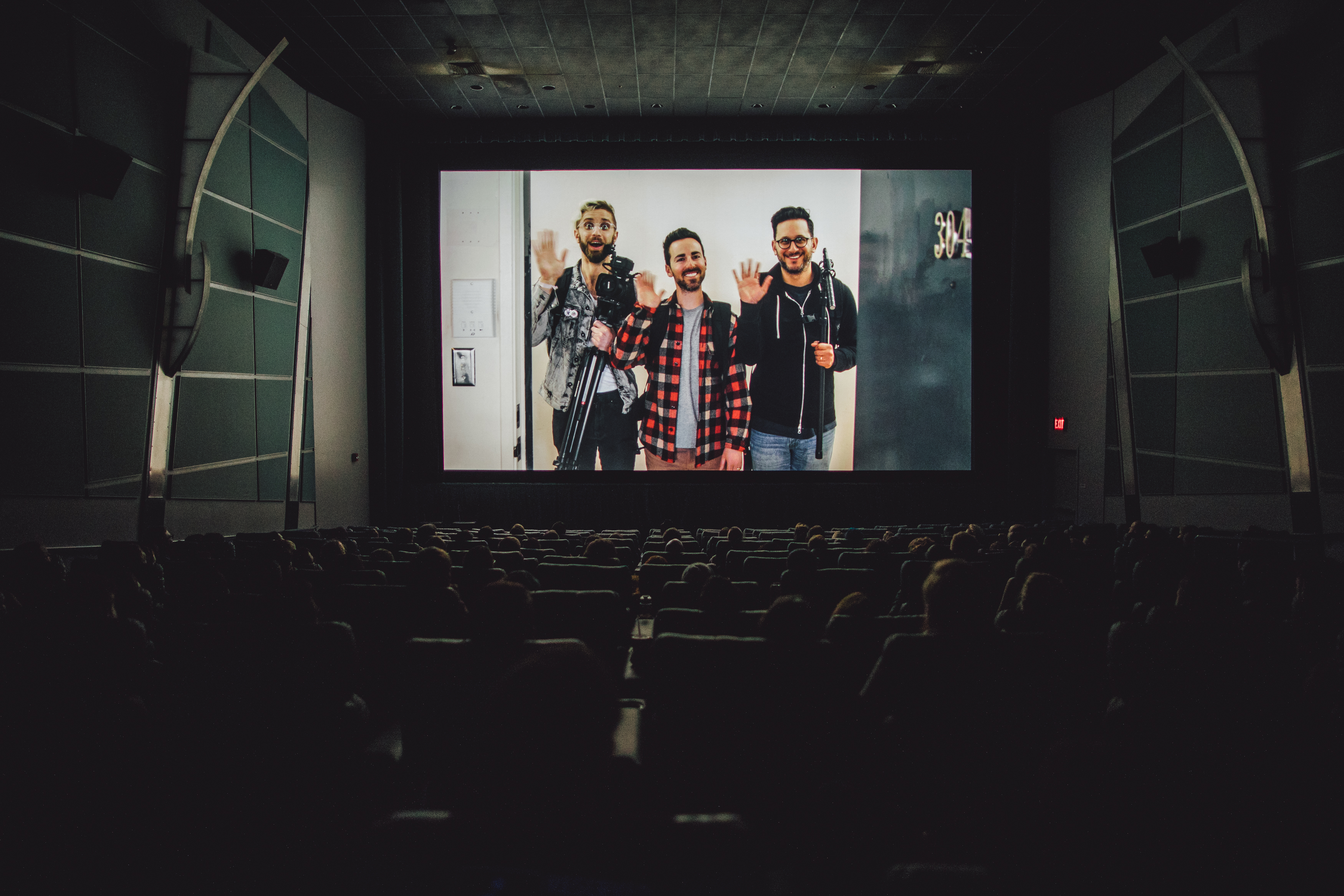 If you ever get the chance, rent an entire movie theater to debut something you’re really proud of. Everything from the big screen and the can’t-stop-sniffing-the-air popcorn smell to the sticky gum underneath the seats added something special to the experience. Plus, it was really neat to see the audience’s reactions as their faces were lit up by the glow of the giant screen. We had a blast!

Make time for a live Q&A 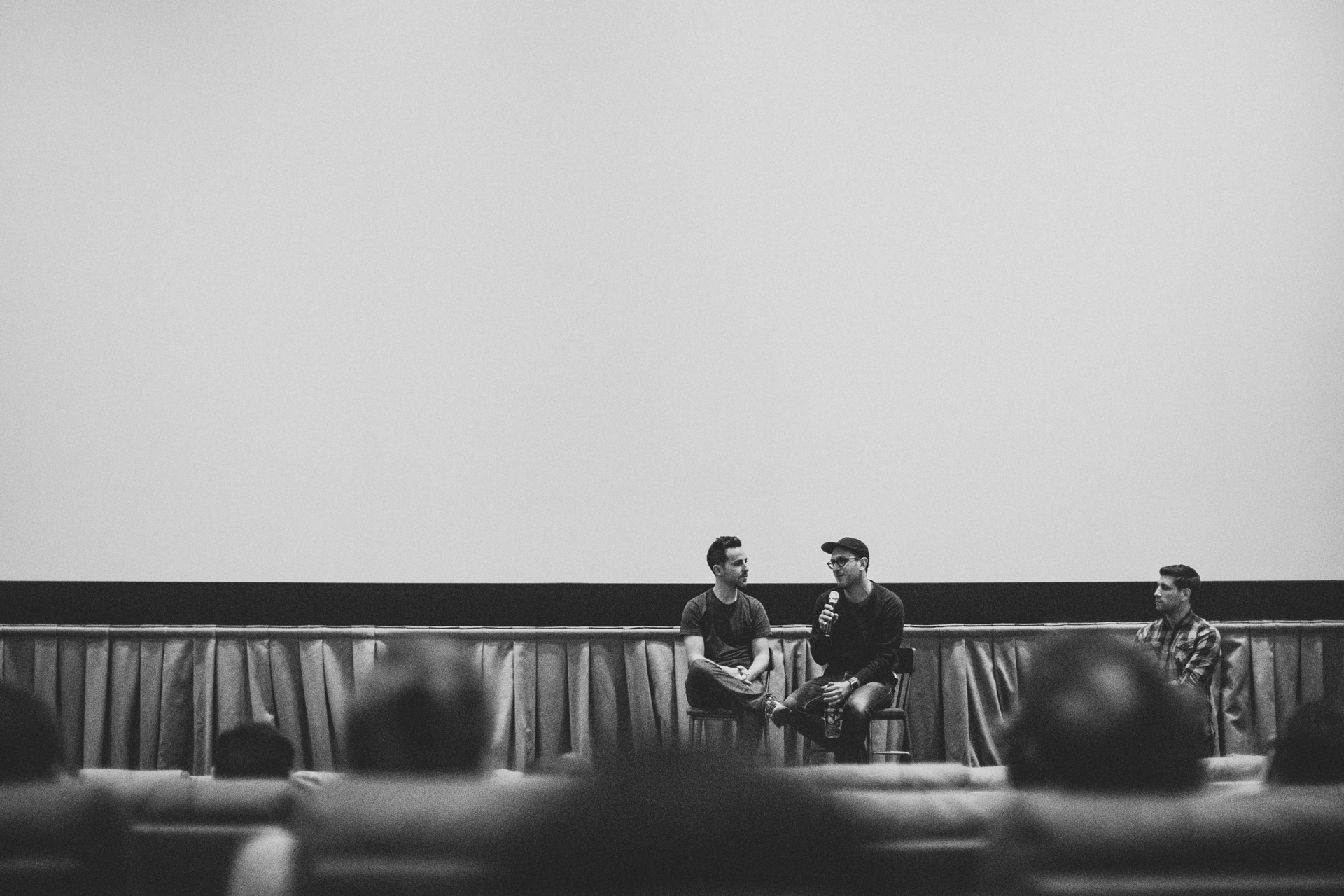 We were pumped to offer our audience a live Q&A at the event. It’s not every day that you get the chance to talk directly to who’s watching your work! We’re so glad we made the time to open the stage up for questions. We laughed. We nearly cried. And we left the theater feeling like we really helped others learn how they can branch out and make their own One, Ten, One Hundred — whatever that may be.

Get the hot dog 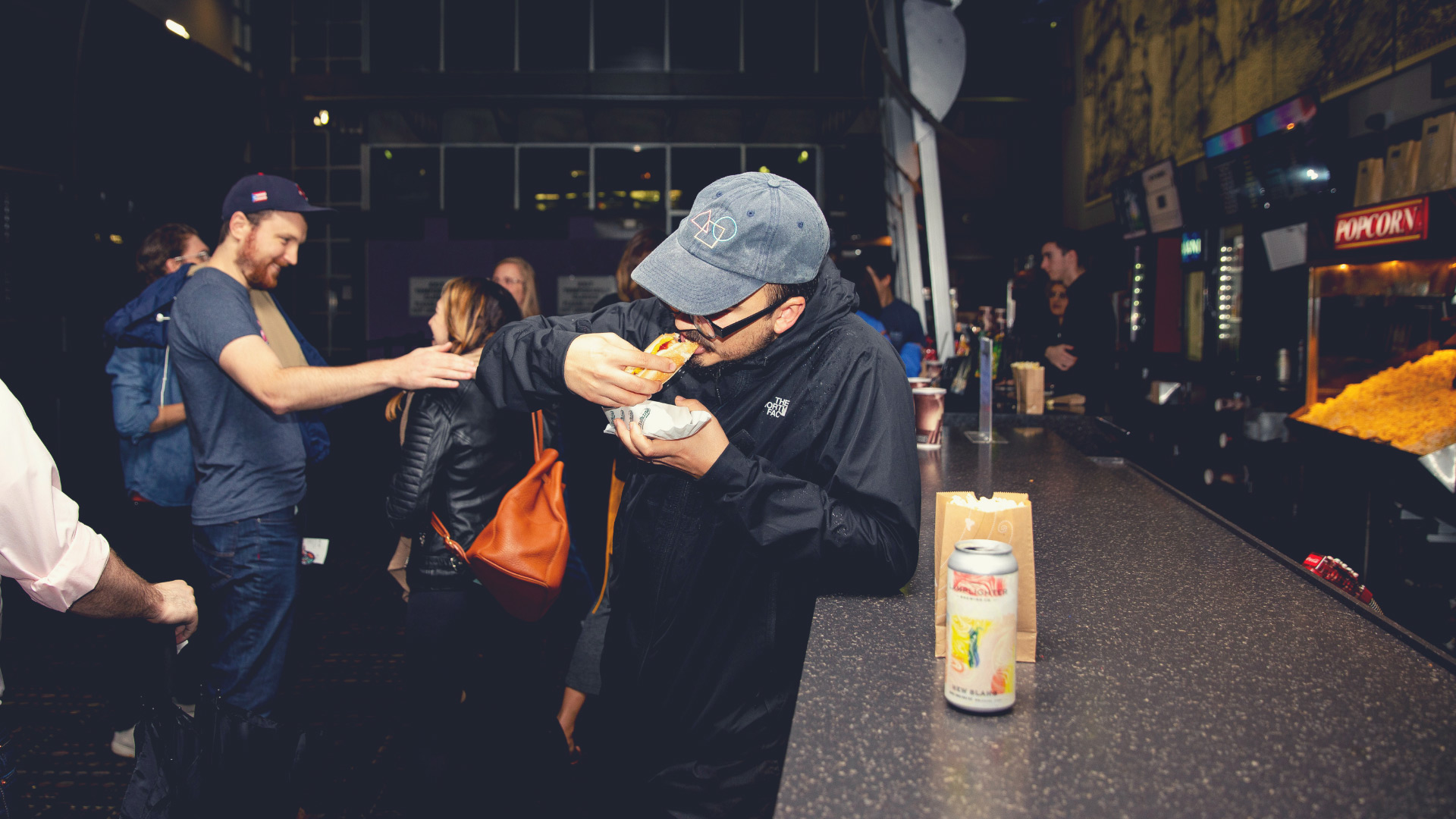 Ah, the classic movie theater hot dog: the perfect complement to a bag of popcorn and a refreshing drink, don’t you think?

Thank your friends, family, and teammates 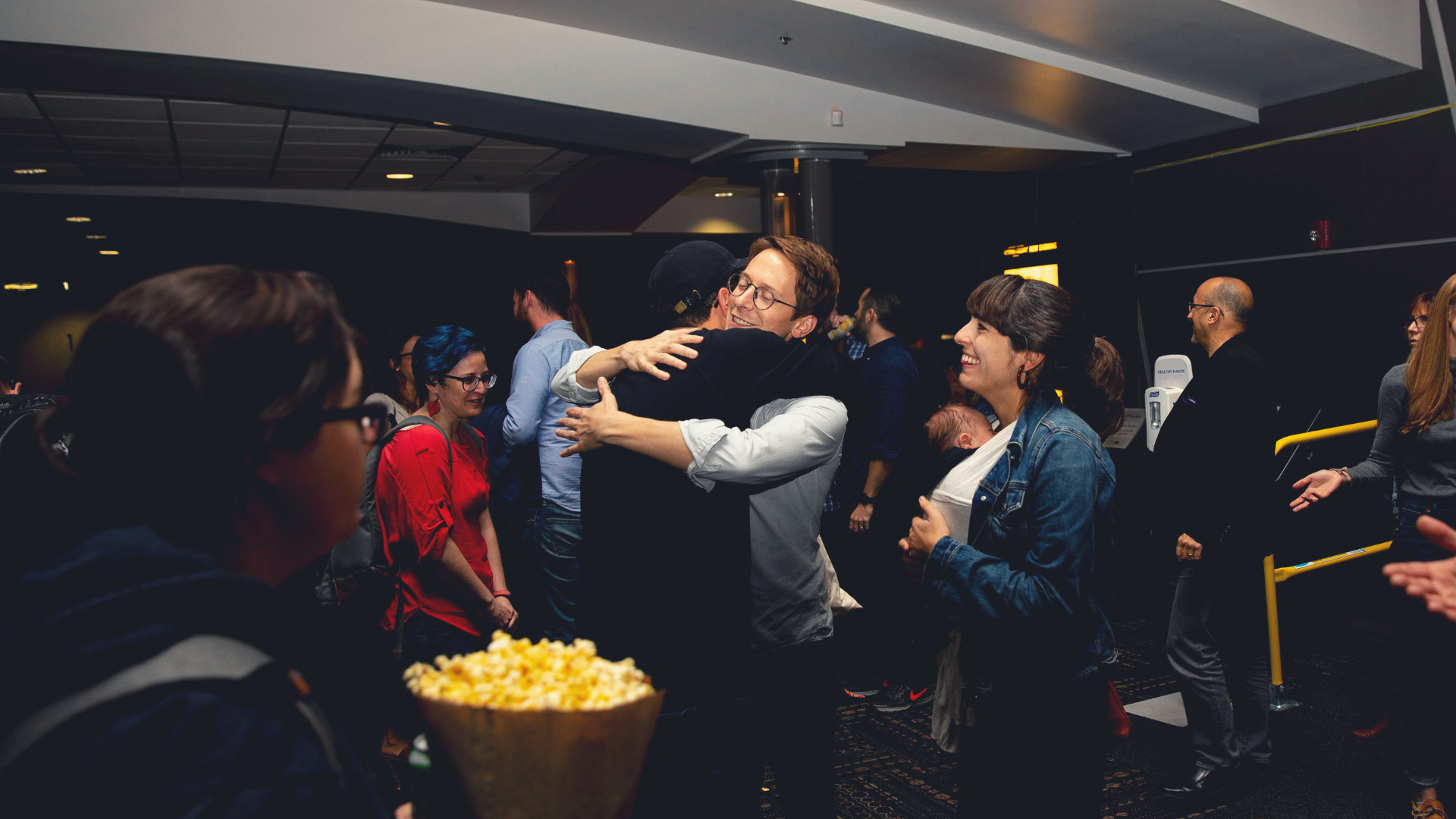 Finally, none of this magic would have been possible without the love and support of our friends, family, and teammates. So, as you’re planning your event, don’t forget that it’s not only about your audience and community watching your work. Try to pack the seats with your biggest fans, and then thank them for helping and supporting you along the way! 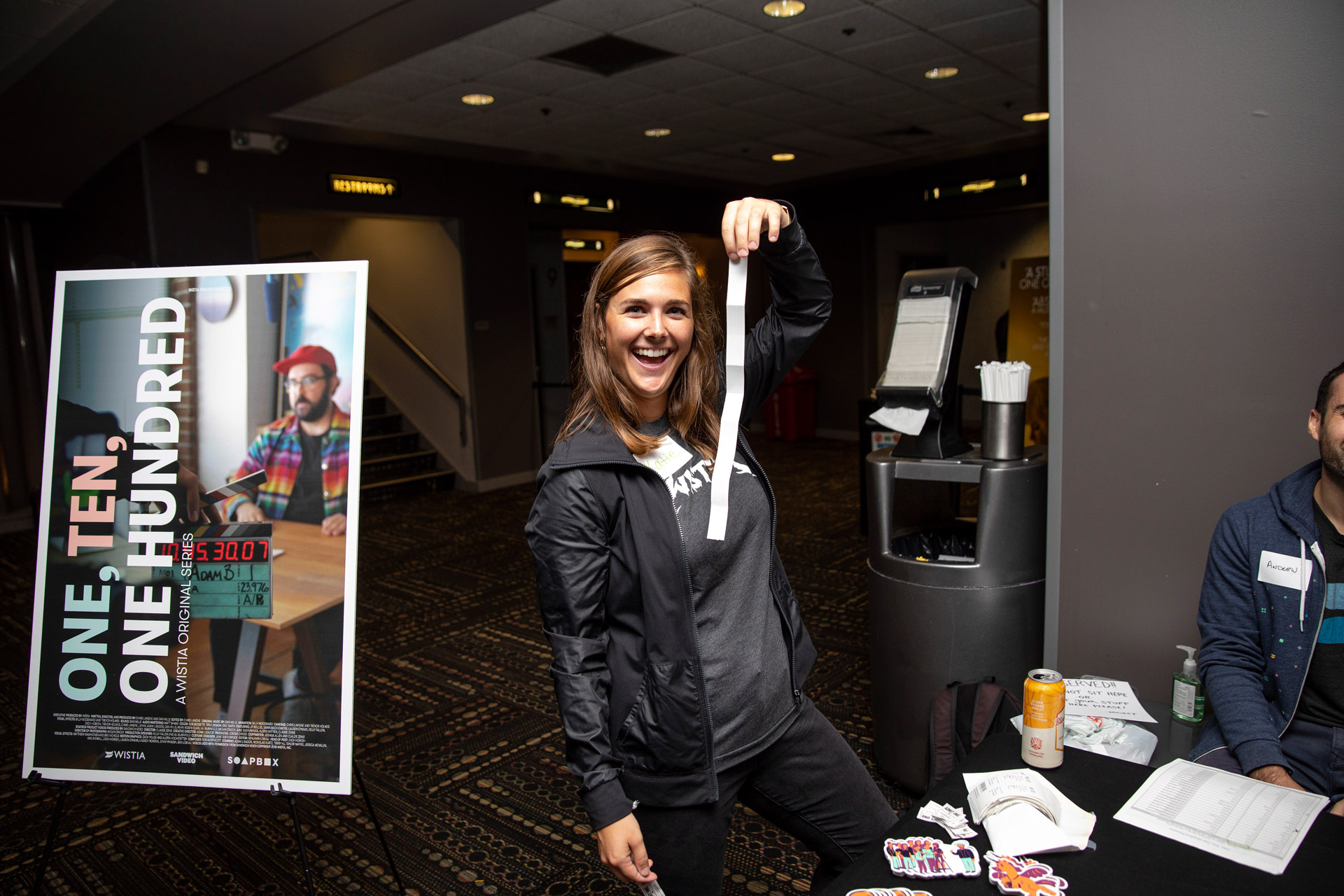 Want to host your own One, Ten, One Hundred viewing party? You’re in luck! That’s because we’re releasing the entire series for everyone to watch online on October 25, 2018. So, head on over to this page, take a peek at the trailer, and sign up to be the first to know when the series is available. We can’t wait for you to see it!

Have you ever hosted a premiere? Did you learn anything new? Share your comments with us in the section below!