It’s December of 2015, and Chris and I are working with our COO and board to finalize revenue targets for 2016. We’re all excited about our Advanced plan — a new, more expensive Wistia plan that allows companies to integrate their video data with their marketing automation platforms.

We’ve been selling it for five months now and have seen steady adoption. We have it modeled in our forecast as continuing the modest growth trend it’s on. While looking over the figures, the board asks the question: “Shouldn’t we be more ambitious?”

Not wanting to admit a lack of ambition, we say “Yes” and ratchet the targets way up. Three months later, we’re back in front of the board with this chart. 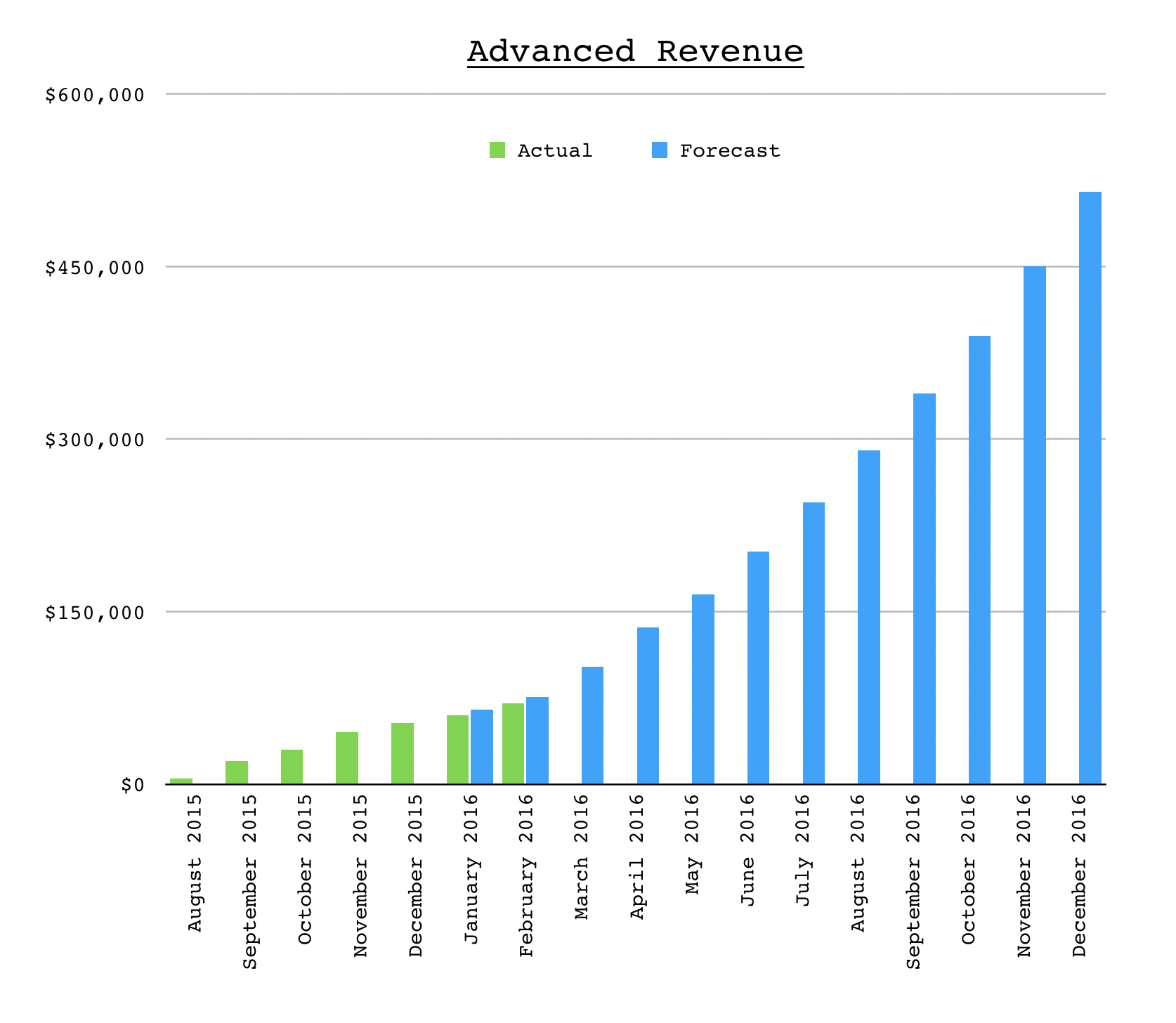 It doesn’t take a data scientist to see we’re already behind on our targets and clearly have an insurmountable hill to climb. Can you guess what happens next? We send an email to the entire team asking for ideas for new projects that’ll have the biggest impact on revenue growth in the next 90 days.

And just like that, we went from a long-term focused company to one demanding short-term results.

Sadly, this story is not unique. It’s become accepted as conventional wisdom that people are most motivated when their goals are “stretch” goals — targets that lay just beyond the rational limits of what’s possible.

But at Wistia, we’ve found the opposite. Our most ambitious goals have driven our most counter-productive behaviors, like focusing solely on short-term gains at the expense of the long-term. Conversely, our sweet spot of productivity, creativity, and ambition has come when we’ve intentionally set modest, straightforward, and unambitious goals.

How stretch goals came to be

Now, many companies set goals via Objectives and Key Results (OKRs), which are high-level objectives and quantitative key results used to measure progress. The idea here is to give managers and employees a way to plan for both the long and short-terms. Objectives are your big goals, and key results are the steps you take on your way toward them.

Google has since grown from 40 to almost 100,000 employees, and the idea of setting impossible-to-reach goals has become an accepted best practice. This mindset has become so infectious that many investors, executives, and managers will question your judgment if they don’t detect the proper bravado in your quarterly or yearly goals.

“This mindset has become so infectious that many investors, executives, and managers will question your judgment if they don’t detect the proper bravado in your goals.”

We’ve fallen prey to that way of thinking here at Wistia in the past. But imagine our surprise when we discovered that the opposite was actually true — there are good reasons not to set out-of-reach goals. We just had to go through the trouble of actually learning them the hard way. 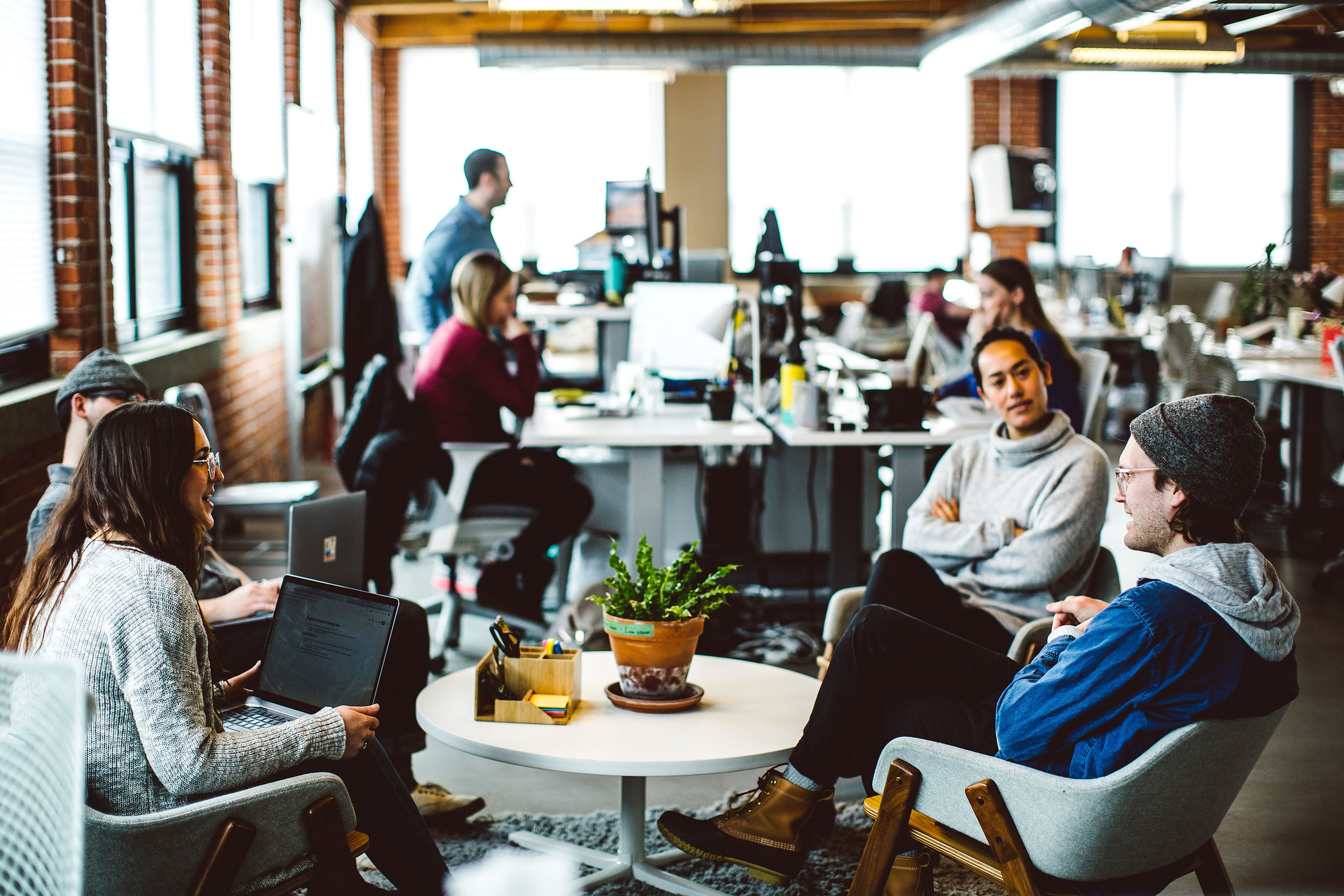 The problems with stretch goals

Part of the reason that organizations set overly ambitious goals is that they believe it promotes ambitious efforts. People are more likely to be creative and unlock their potential (they figure) when they have big goals in front of them. Unfortunately, we’ve found in practice, that ambitious goal-setting produces short-term thinking. Remember how at one point in time we were focused on impacting 90-day revenue growth?

Stretch goals, by design, make the team feel like they’re behind on hitting them. Immediately, they start to question how they can catch up, and in doing so, they focus on the key result used to measure progress. But you may recall that key results are short-term tools. So, for all the ambition of our “stretch” objectives, what we’ve actually done is optimize for the near-term, while pushing our values and the long-term consequences of our thinking out of the picture.

Another downside of overly ambitious goals is that they demotivate people.

Mark Blessington and Karl Hellman observed the demoralizing effect that high sales quotas have on sales forces. They found that when a goal seems impossibly out of reach, salespeople would question the value of trying. They also studied IBM, which has for years “under-assigned” its sales quotas, allowing the majority of its salespeople to exceed them. They found that this results in a happier, more motivated salesforce.

Our experience at Wistia aligns with this finding. We’ve found that when everyone sets goals they know they can hit with hard work, it creates a cycle of positive reinforcement, keeping people motivated and marching forward. 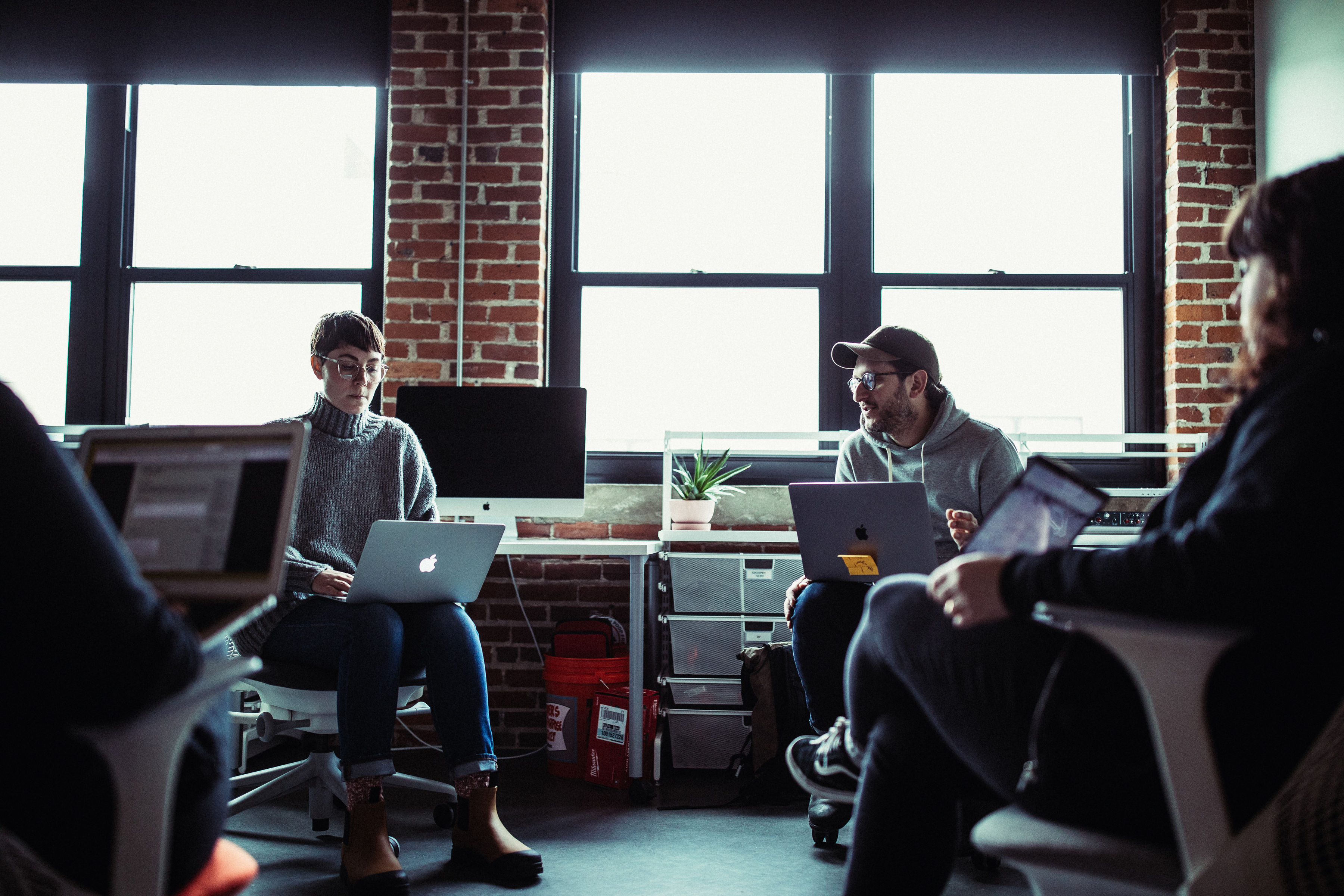 And contrary to the conventional wisdom, we’ve found that motivated employees don’t just sit back on their laurels after they achieve their goals. They set new ones, exceed those, and expand their view of what is possible along the way. As time goes on, they accomplish bigger and better things.

It’s all about the people

Setting intentionally out-of-reach goals reflects a cynical way of thinking about human nature and motivation. It’s driven by a belief that people are lazy, and by default won’t be ambitious or creative or try to do more than they think is possible. Goals, therefore, become a way to correct for that laziness. This way, even if people fail, their output can still be decent. Sadly, this way of thinking has become accepted as conventional wisdom.

This doesn’t reflect our lived experience at Wistia in the slightest. Since moving away from setting overly ambitious goals, we’ve seen people accomplish more and do it in more creative ways. This is the tragic paradox of modern day goal-setting — companies that set hyper-aggressive goals think they need to in order to make people more smart, creative, and ambitious. But the truth is, those folks will be smart, creative and ambitious by default.

You can turn them into short-term thinkers by setting impossible goals and making them play catch-up. Or, you can set modest, straightforward, and unambitious goals, and let your team truly do their best work.

Recently, we had to make a decision: sell Wistia for a life changing amount of money or keep building the business ourselves. Here’s our story.