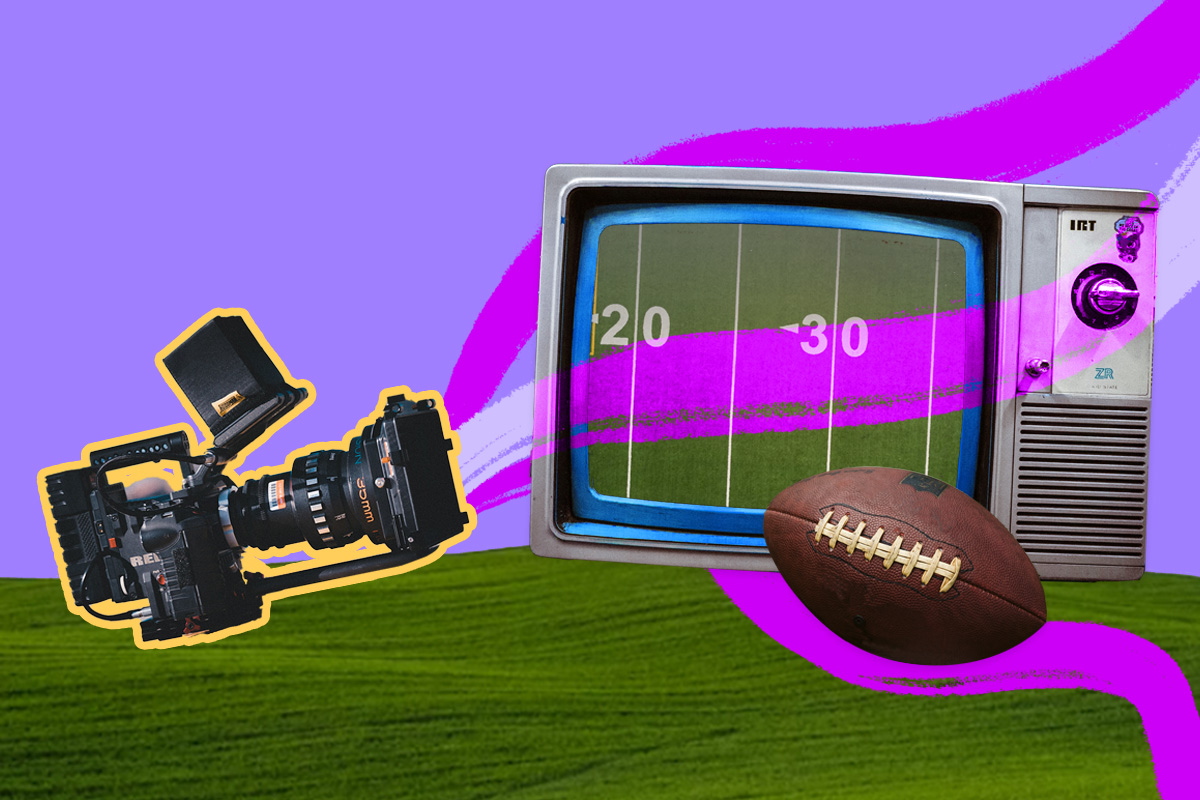 Video ad production doesn’t have to break the budget. Just take a look at some low-budget Super Bowl commercials. Yep, you read that right.

To be clear, Super Bowl ad placement is notoriously expensive — a one-minute slot for a Super Bowl ad cost $13 million in 2022. After paying for a slot, many brands still fork over big dollars to produce glitzy commercials in hopes of capturing attention from the millions of viewers who tune in each year.

However, a few brands took a different path and produced Super Bowl ads with a low-budget approach. These companies didn’t hire a video agency for high production value, over-the-top theatrics, or top-of-the-line special effects. Instead, they leaned into the creative constraints of a small production budget and made commercials that subverted the idea of what a Super Bowl ad should look like. And guess what? Viewers loved ‘em!

These brands prove that you can create impactful videos on any budget. They took a Hail Mary pass with their unconventional Super Bowl ads that looked like they were produced on a shoestring budget — and still scored a touchdown. Check ‘em out, and learn why each ad worked so well.

1. Oatly and its singing CEO

Out of the commercials that aired during the 2021 Super Bowl, one particularly stood out to the viewers: Oatly’s quirky low-production ad. It featured the brand’s CEO sitting smack dab in the middle of an oat field, playing his keyboard and singing about oat milk:

This 30-second commercial was a huge conversation starter. Viewers around the world quickly went to social media to express everything from confusion to curiosity to laughter. Oatly cashed in on the hype by creating a limited edition t-shirt that read “I totally hated that Oatly commercial,” which quickly sold out.

The ad’s modesty and (let’s be honest) strangeness made it memorable to Super Bowl viewers. Oatly didn’t need to spend money on talent scouting or a huge camera crew. Instead, the brand used its own talent and shot the video on one camera in just a few takes.

The ad also matches Oatly’s eccentric brand voice. If your company has a quirky voice too, take a page from Oatly’s book and get weird! When you have a strong and authentic brand personality, you don’t need to lean on a massive video budget to get your audience’s attention.

2. Old Milwaukee and Will Ferrell

In 2012, Old Milwaukee hit the jackpot of Super Bowl commercials. The beer brand paid only $3,000 to air their 30-second Super Bowl ad on two small town TV stations in Nebraska, but the ad went viral on social media.

Why? For one, famous actor Will Ferrell starred in it. He agreed to do it for free because he was such a big fan of the brand. Also, the ad wasn’t what anybody expected. If you haven’t seen it yet, we bet you can’t guess what happens. Take a look:

Spoiler: Will Ferrell walks through a field in slow motion. Near the end, he stops, catches a can of Old Milwaukee, and begins to say the brand’s name — but then the commercial cuts out. After such a dramatic build-up, the cut-off moment got plenty of laughs and perhaps some confused looks.

It’s likely that only a few thousand viewers saw the commercial live, but Old Milwaukee understood the power of going viral. Sure enough, the video received more than 1 million views on YouTube within a week of airing.

Another thing that made this ad so effective is that it remained authentic to the brand and its customers. Folks who buy Old Milwaukee are looking for an inexpensive and no-frills beer, so a flashy Super Bowl ad probably wouldn’t appeal to them as much.

3. LifeMinders and its jarring music

Gather around, folks. We’ve got an interesting story about one of the first low-production ads to have ever graced the screen during the big game.

In 2000, an email management startup called LifeMinders bought a small amount of Super Bowl ad time. There was a problem, though. The company spent almost all its budget on the ad slot itself, and only had $5,000 left to produce the commercial.

LifeMinders also waited to engage its ad agency until the game was just 3 weeks away. The agency was understandably taken aback by the budget and turnaround time and promptly quit, leaving the company on its own to produce the commercial.

With their backs against the wall, the folks at LifeMinders hired three freelancers to produce what many called the worst commercial in Super Bowl history:

But guess what? This commercial was a massive success. Sandwiched between ritzy ads by big brands, the commercial was so strange that it made viewers stop what they were doing and try to figure out what on Earth they were watching.

And some of these viewers even took action. More than 700,000 new customers signed up for LifeMinders’s email service in the following week.

If your business model is based on disrupting your industry and taking some market share from larger competitors, you can draw some inspiration from this Super Bowl commercial and create video content that really goes against the grain.

4. Coinbase and its floating QR code

The 2022 Coinbase Super Bowl ad was so rudimentary that you could recreate it at little to no cost. It was just a black background with a QR code floating across the screen — reminiscent of the old Windows screensaver — for a full minute:

The QR code led viewers to a Coinbase landing page, where they could sign up for an account and redeem $15 in Bitcoin. The landing page got 20 million hits within only one minute of the ad airing, and it garnered so many sign-ups that the company’s stock price went up 4%.

It wouldn’t take a lot of time or money to make this type of commercial. Why? You don’t need actors, cinematography, or even a script. To make a video ad like this, you really only need a video editing program that lets you create simple graphic videos.

Of course, simply using a graphics tool won’t always grab your viewers’ attention. You also have to consider how you can spark curiosity in your target audience. Think about where you’ll be posting your video, and ask yourself what visuals would be surprising and intriguing in that space.

Key takeaways for your low-budget videos

Although the commercials we highlighted are quite different from each other, there are some consistent themes and key takeaways to consider when creating marketing videos on a budget.

The masterminds behind these commercials used minimal production as a way to stand out from the crowd. They surprised the audience by delivering something unexpected — Super Bowl ads that weren’t glossy or over the top. You might not be be creating Super Bowl ads, but you can look for similar trends in videos made by competitors in your field. If you find any, figure out a way to break out of what’s expected and present something fresh.

Need more inspiration? Check out our One, Ten, One Hundred experiment and learn how you can make a huge impact with the right creative approach, regardless of your budget. Once you get your creative juices flowing, you have what it takes to come up with something amazing!

Build a video gear setup on any budget

You can make quality videos, no matter what your budget for gear might be. Our ultimate video gear guide has all the deets about putting together basic, intermediate, and advanced setups. Check it out!