We still have no official word on the changes from Google but clearly, something has changed in the way it handles video snippets. We are actively collecting data and collaborating with our friends at Distilled, Moz, and SEER to find out more. We will continue to update you with the latest.

In the meantime, here are two of our early theories that may explain some of the changes we are seeing:

It’s a trend we see when Google releases new features into the wild. They push a new feature out, it becomes widely adopted, and then Google does a refresh of the index to flush out things that may have changed in their algorithm. If this is the case, we may see a slight bump of video snippets in the future as pages and videos get reindexed.

Google recently made major changes to how authorship images show up in search, with similar results. This change to video snippets may be part of a wider overall change to how results appear in search.

Others have been speculating that Google is working to increase their revenue by removing distractions that encourage clicks away from their ad revenue. This is just a theory, and many people are working to gather more data around this.

In the early data we’ve seen, it seems Google has put together an exclusive club of sites that are now allowed to get video snippets in their results regardless of their hosting solution. Below is a non-exhaustive list of the domains that we have identified who are still getting snippets:

A common thread here seems to be major “media” outlets, devoted mostly or exclusively to video content. Interestingly, these domains use a variety of hosting solutions and technologies to power their video content.

On the other end of the spectrum, lots and lots of sites are no longer getting video snippets. These sites range from very large domains like NYTimes, Boston.com, Zappos, and Amazon, to millions of smaller sites like our own. This makes video snippets even more valuable for those who can get them, though unfair if Google continues to give YouTube more preference than other videos.

While many video snippets seem to have been removed from Google, it’s my belief that video still plays a role in how Google ranks and interprets your content.

For example, we had a number of pages that were ranking well with video snippets. Without the video snippets, they are still ranking as highly as before, which leads me to believe Google is still looking at video SEO as part of their overall ranking algorithm. 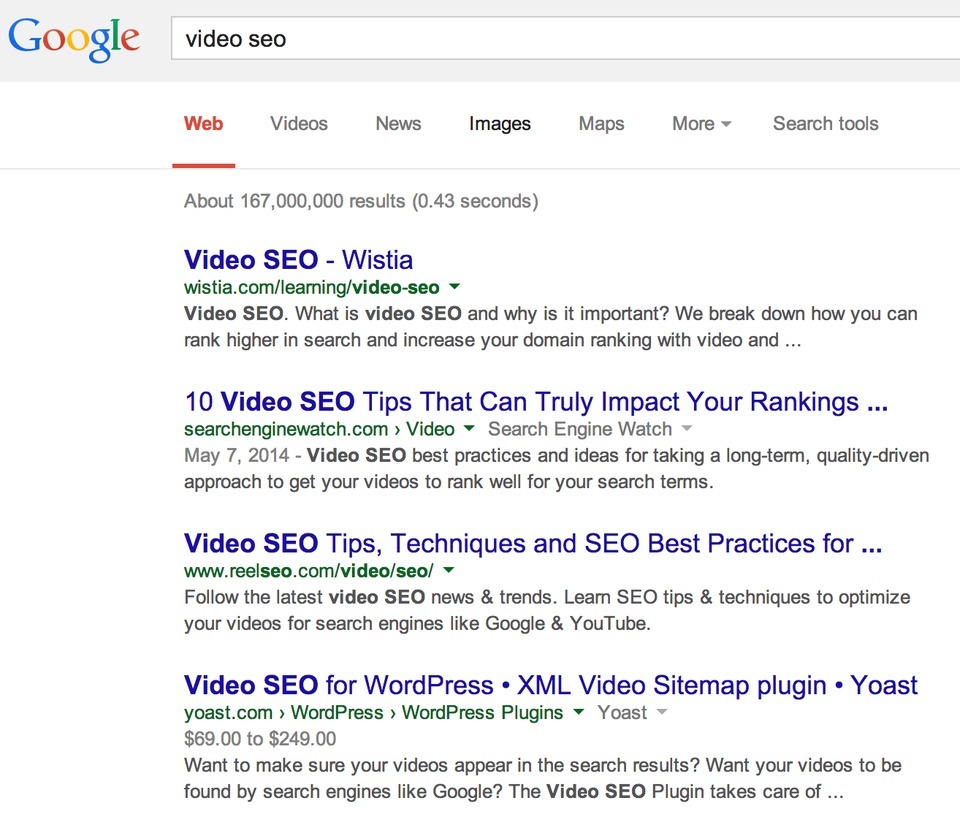 Others we’ve spoken to in the last few hours also haven’t seen a drop in rankings, which may suggest this is only a visual change within the search results.

While we’re still figuring out how this change will affect search results in the longer term, this should not change how you produce or use video for your business. To some extent, we are all at the mercy of Google and need to make sure our content and traffic sources are diversified enough to handle changes like this. Video is still an amazing resource to deliver a message, and when your customers engage with video, you benefit as we’ve seen over and over again.

In the coming days, we will be pulling as much data as we can to understand better how Google is determining which sites to display video snippets for. As we collect this data, we will continue to post updates. Also keep an eye on SEER’s post for their take on what’s happening with video snippets.

Only July 20th, I crawled 30,000 Google search pages and found the following information, which suggests that Google is highly favoring YouTube and big brands. This could have resulted from tightening the screws on who they are giving video snippets to.

The graph below shows that 87.31% of Google SERPs are not showing any form of video thumbnail. 8.65% of the 30,000 SERPs showed only one video thumbnail. While this is lower than what Mozcast and other have shown is average for video thumbnails in the SERPs, we believe it’s still within the bounds since we are all crawling different data sets. 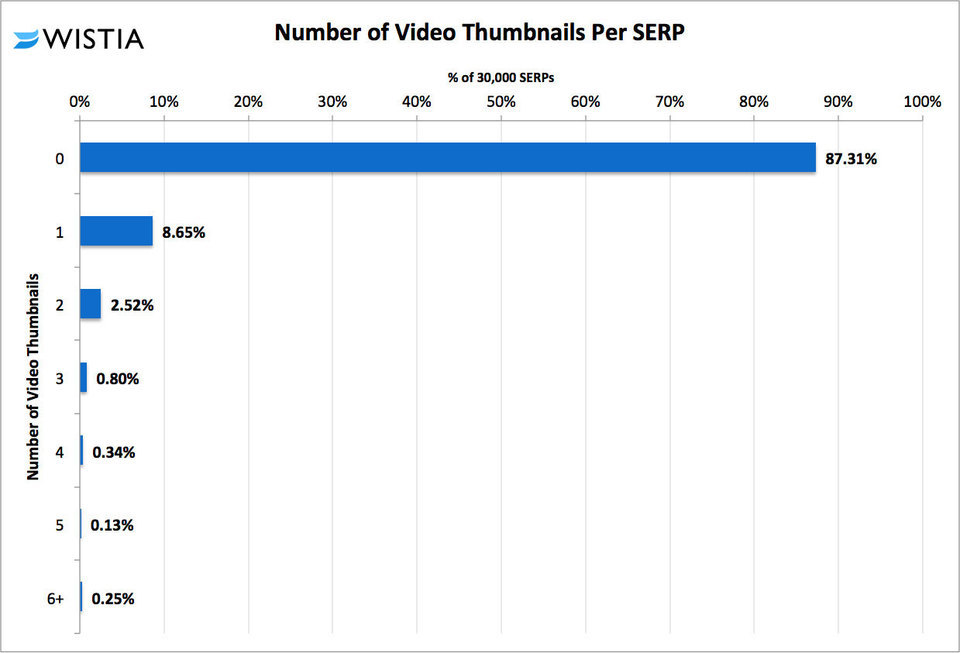 The graph below shows that of the video thumbnails show above, 91.957% of them are for YouTube, while everyone else gets far less than what we were receiving a few weeks ago. 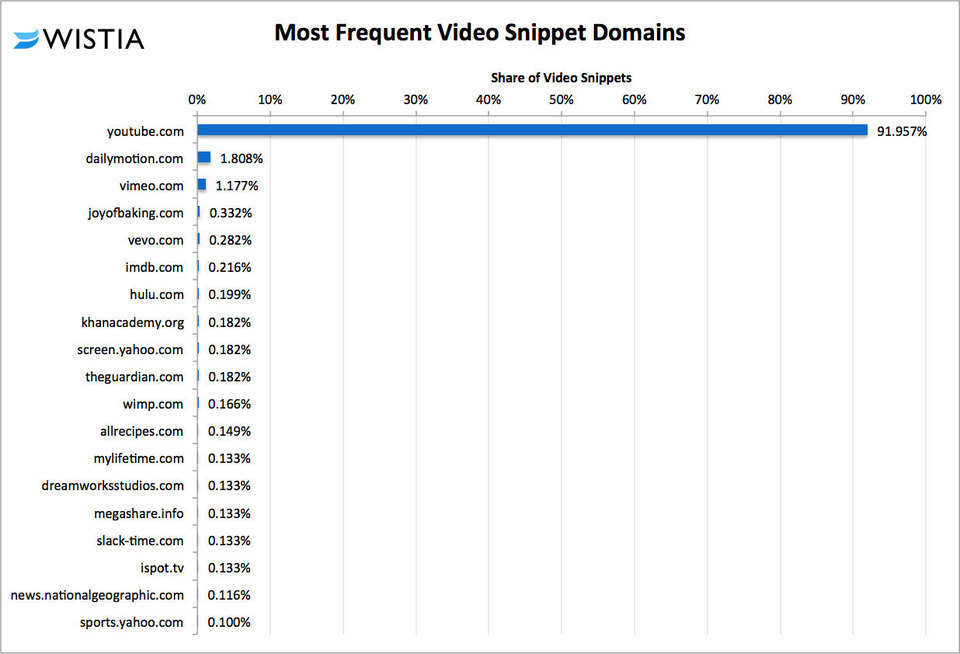 While the data may look bleak for the little guys, we are putting the finishing touches on some new suggestions for video SEO strategy that should help people understand what the new future of video SEO looks like given these changes. Stay tuned for that post later this week.

We’re looking for data from a wide range of sources, so if you have examples of these changes in action, please contribute to this discussion in the Wistia Community.