When a customer buys a product, they’re not just buying a piece of software. They’re also buying into you and your team. Customers want to see who’s behind the company. They value real communication with real people instead of canned emails and voicemails.

This is why video can play an incredibly powerful role in your sales strategy.

Sales teams are using personalized videos to introduce themselves, follow up with new leads to summarize chats, or simply to deliver warm “thank you”s after closing sales.

That personal touch reveals the human side of your business, encourages trust in you and your brand, and strengthens your relationships over the long term. It’s scientifically proven that people develop familiarity after being exposed to something repeatedly.

There’s no one standard technique for creating personalized videos for your sales team, but here are three companies using video well in their sales cycles.

Prospect videos are ideal tools for establishing human connections. They allow your customers to visualize the value that your product will offer them.

After meeting promising prospective customers, Bluleadz sends quick upbeat videos (complete with finger-snapping jazz in the background) to give faces to the names that the prospect would be working with if they signed up. The videos introduce you to the team and the office, all in an easily-digestible two minutes:

People loved these videos, and the numbers showed it. Bluleadz found that prospects who received the video prior to a purchase decision closed at a rate of 63%, compared to 46% for those who didn’t get the video. By using the power of familiarity, the prospect video did what the average email couldn’t possibly do

“Prospects who received the video prior to a purchase decision closed at a rate of 63%, compared to 46% for those who didn’t get the video.”

This super personal approach made the clients feel special and more connected to Bluleadz.

It’s 2016. When’s the last time you responded to a voicemail that a salesperson left you?

90% of all first-time voicemails (according to Ringlead) are never returned.

That’s why ToutApp, an email management and analytics platform, uses video to introduce themselves to prospects and start the conversations. Their reps have a lot of charisma, and it can be really difficult to convey that in just an email or a phone call.

ToutApp has come up with two main templates when it comes to sales video — a standard “first touch” video that all of their reps have in their repertoire, and a highly-personalized video for high-value prospects.

Kelly, the ToutApp sales development rep (SDR) who first started using videos with prospects, immediately saw her success rate jump from around 5% to 13.3%. That made her the most productive salesperson on her team by a wide margin and led to ToutApp rolling out first-touch videos across the entire sales team.

“Kelly immediately saw her success rate jump from around 5% to 13.3%.”

This fits a pattern we see with a lot of companies. First, they run an experiment with one member of the team or on one landing page to determine the ROI of a video. When it’s successful, video is incorporated into a larger strategy. Start small, then scale up.

Following up with prospects that never call you back is one of the most frustrating ruts for a salesperson to be in. And yet the data shows that most deals are not won on the first, second, or even third contact. Most are won after the fifth contact.

Reps at Salesforce, hoping to expedite the sometimes tedious process of getting to those 5+ follow-ups, decided to use video. When a prospect that they had talked to stopped responding, they turned on their webcam (nothing fancy) and recorded a quick video to check in. They sent these over right in the bodies of ordinary follow-up emails. 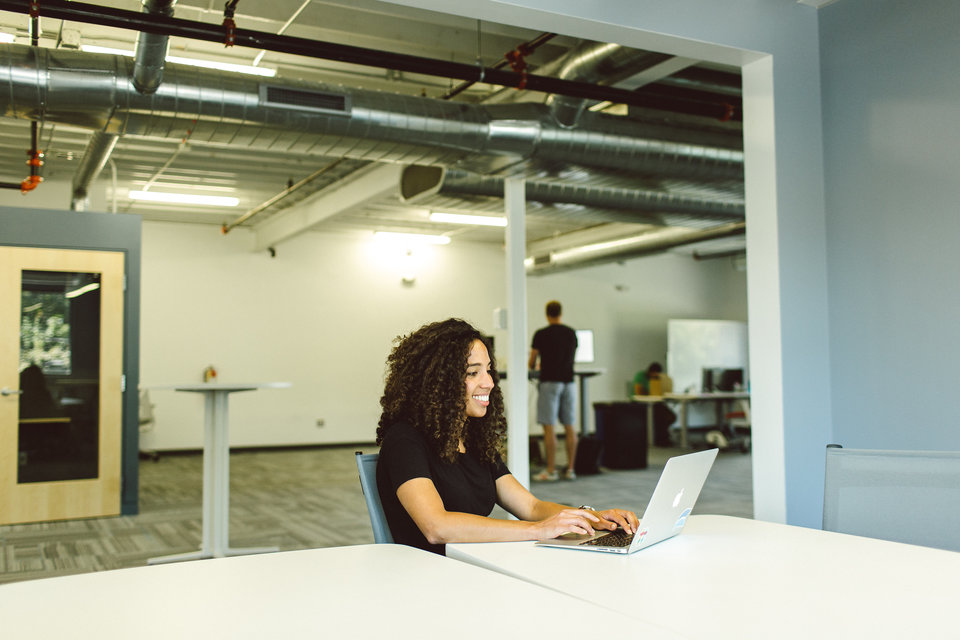 Upon receiving the videos, a good number of their cold prospects did say no, but sometimes that can be just as valuable for a salesperson’s time as a yes.

If weeks of follow-up is not going to lead to a deal, it’s far better for the rep to know that early on, so they can move on and be productive elsewhere. Video is invaluable when it comes to eliciting responses. Since videos are more intimate than written emails, and they clearly display some effort, recipients feel more inclined to actually respond.

“Video is invaluable when it comes to eliciting responses.”

We already have the conventional route: traditional emails, calls and voicemails, in-person meetings. But video? It’s a potent addition.

Adding video to your sales cycle visually communicates the value in your sales pitch. It humanizes your business by giving a face to your name. And it’s also scalable.

You don’t need a 21st Century Fox budget to wing it. With a well-written script and a good setup (think good lighting), you’ll be able to produce an effective video for your sales team. Just remember that automated communication isn’t memorable. Videos, however, are.

Stand Out in the Inbox with Video Voicemails

Learn how many support and sales teams are using video to make memorable connections.