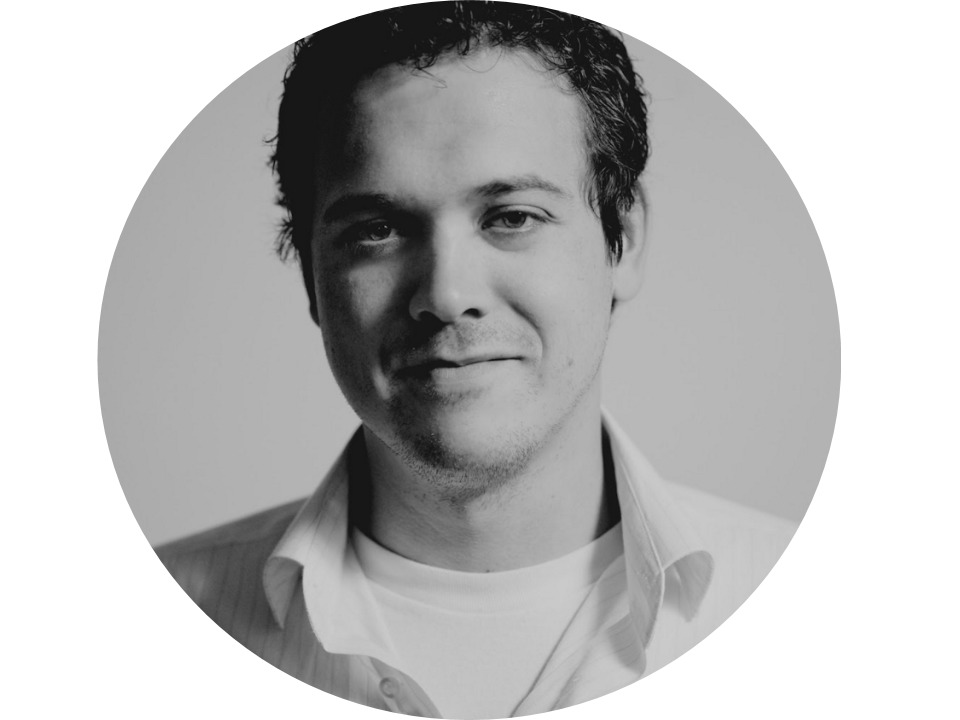 Patrick Moreau spends his days telling stories through his filmmaking at Stillmotion and helping others learn the power of story through their Muse storytelling process. He’s worked for some big brands, directed several documentaries, won some Emmy Awards, but more than any of that, he loves the craft of storytelling.

Testimonials and case studies are a solid part of an overall marketing strategy. They offer credibility to the notion that what you’re selling really works, and they are often rather affordable to produce. A well-timed testimonial or case study, at just the right spot along your potential customer’s journey, can make all the difference.

A testimonial generally features one person sharing their thoughts and feelings about your product. A case study takes that a bit further, explaining the use case along with the achieved results.

The content’s goal is to build trust

Of course, the simple way to make a testimonial page is to write up a story, copy and paste some solid quotes — and there you go.

Video, however, is far more engaging and shareable, and it’s perfectly suited to this type of content. It’s one thing to read about somebody’s experience with your product, but to actually see and hear someone tell others how much they love what you offer will go much further in building trust among your other customers.

“To actually see and hear someone tell others how much they love what you offer will go much further in building trust among your other customers.”

So testimonials are a powerful part of your marketing strategy, and videos help to maximize that strategy’s effectiveness. No big surprises yet.

Here’s the problem: When most folks shoot a testimonial or case study, they simply capture a person talking about how amazing a product’s features are, and how much they love it. It’s a start, but if your goal is to increase your audience’s trust, you should consider an incredibly powerful structure that can amp the trust up to “11” — and that’s story.

Boost engagement and effectiveness with story

Think of story as a bridge. It can help guide your audience across a great divide, to a new perspective or behavior (such as purchasing your product). But if that bridge isn’t well constructed, people aren’t going to be all that trusting, they won’t travel on it, and it will coax very few people to the other side.

To craft a strong bridge, we need to start with the foundation — the building blocks of story — what we call the 4 pillars: People, Places, Purpose, and Plot. Each pillar has a main role or function within story. Our goal as the storyteller is to build out each one.

In this post, we’re going to focus on the two pillars that are most often overlooked in case studies and testimonials: people and plot. Case studies and testimonials feature a person, sure, but they rarely develop that person into a strong character. We’ll teach you how to do that. And often there is simply an absence of plot in this type of content. We can help with that too.

Let’s start with people, more specifically, how to create compelling characters, and then we’ll move onto plot and how to structure this type of story.

For stronger characters, develop their desire

The people pillar is all about, you guessed it, the people in your video. A good story has strong characters — people with personality, desire, and motives. The easiest thing you can do to develop the characters (the real people in your testimonials) is to include a little bit more detail about who they are and what they want. Help your viewer get to know them as a real, three-dimensional person.

The single most important quality of a character in your story is their desire — what they want that is beyond what they have. Over at Muse, we like to say that “You can’t expect your audience to want to watch more than your character wants something.”

“The single most important quality of a character in your story is their desire — what they want that is beyond what they have.”

Check out this case study we did for a large Melbourne-based tech company, Safety Culture. They sent us down into the world’s largest gold mine to capture the story of how that mine used their safety app iAuditor.

As you watch the piece, focus on Andrew’s desire–what it is that he wants, and how much he wants it. He’s the main character in the piece:

You can feel how much he cares, how much he wants it. Andrew has strong desire. Here’s the huge opportunity: most testimonials and case studies completely leave out the character’s desire.

An insider tip: Rarely is your character’s desire the product that you’re offering. Look deeper than that, and find out what they truly want — the thing that your product can help them achieve.

We could have spent our time asking Andrew about how much he loves iAuditor, the app we were there to do a case study for. The problem here is that iAuditor isn’t what Andrew really wants. He wants to ensure the safety of the mine that he’s responsible for. He wants to come home safely to his son at the end of the day. iAuditor is a tool that helps him achieve that desire.

Build a plot to improve your engagement

Now let’s take a look at the plot pillar — the one that is all about your story’s structure — the pillar that helps keep your viewer engaged.

The easiest way to start thinking about plot is a beginning, middle, and ending.

Now, there is one critical element that lies at the core of building a strong plot and connecting the beginning, middle, and ending. Understanding and employing this one thing in your videos instantly makes them far more engaging.

What’s the secret ingredient? Conflict. Conflict is the fuel that propels your story. Think about any film, big or small, that you love. Now think about the first quarter or so of the movie, and you’ll always find (well 99.99% of the time) one big conflict that sets up the whole story.

“Conflict is the fuel that propels your story.”

In The Martian, Mark Watney becomes stranded on Mars without enough food to survive. Boom, conflict.

In The Force Awakens, Rey encounters BB-8, a droid who holds a secret map to Luke Skywalker. Can she return BB-8 to the resistance before this critical information falls into the hands of the evil First Order? Conflict. 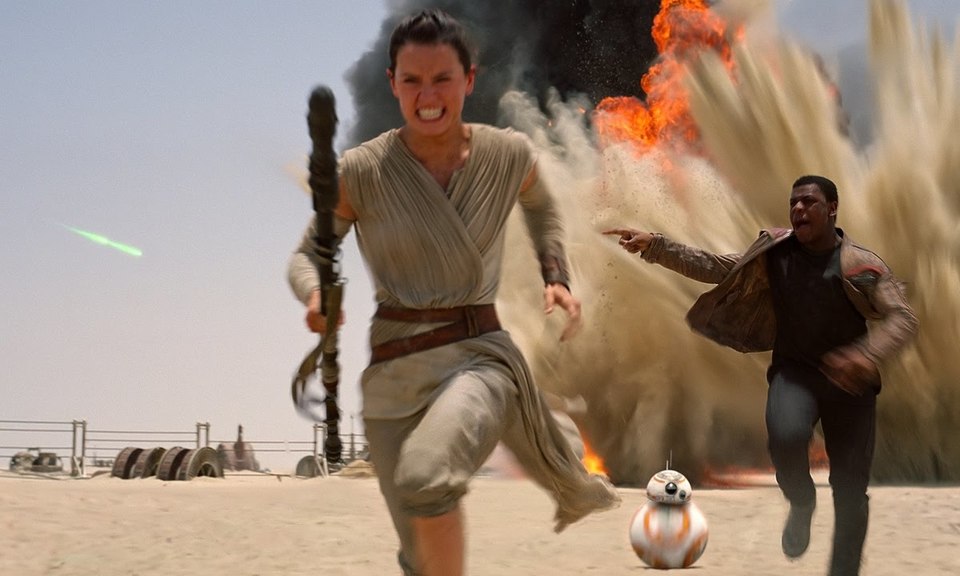 And in our story above about the gold mine, the conflict is how dangerous and complex their work environment is.

1. It demands attention. We’re drawn to conflict. While that can be taken advantage of when you look at shows like Jerry Springer, there is a very natural and honest way to embrace it in your story.

2. Conflict helps create a question within your story. Your viewers will wonder whether your character will overcome the conflict, and that helps to keep them engaged.

At first this may seem like a hard concept to apply to your testimonials or case studies, but it’s really not. Remember that all businesses, good ones that is, exist to solve a problem. And a problem is just another word for conflict.

So once you know your character’s desire, then look for the conflict that was blocking that desire. What was the problem that interfered with that desire that your product ultimately solved? At this stage, the greatest challenge is that by the time we’re sharing the character’s story, the conflict has been resolved. So as we talk to these characters (the people who use our product), and we start learning more about their experience, we see no conflict.

“At this stage, the greatest challenge is that by the time we’re sharing the character’s story, the conflict has been resolved.”

We need to look into the past and find the conflict that once existed, the one that your product helped to erase.

In our example above, Andrew loves safety and wants to ensure his team can go home at the end of the day. When we arrived, he was already using iAuditor, and it had made a huge difference (hence us flying there to tell the story). His conflict, the one that he used to have, was that the gold mine is incredibly large with hundreds of miles of tunnels, and doing safety audits in a harsh and expansive environment was inefficient and disconnected.

By starting with what our character desired, and then bringing in the conflict that used to stand in the way, we create a more emotional connection between our viewers and our character and craft an engaging narrative.

In terms of plot, the desire is the beginning that connects viewers to the character (and the story). The middle of the story happens when the character runs into conflict and embarks on a journey to overcome it. And the ending is the resolution — the results they achieved due to your product (and an opportunity for your call to action).

Last June we launched the online learning platform for our storytelling process, Muse. We’d already taught it in 29 cities across North America as our beta-test, and it was having an amazing impact.

When we launched Muse, we wanted to have a case study that could show people its potential. We received an email from a man named Mark Tesky. He had just booked his biggest job ever, and he largely attributed his approach to their story, and the confidence he had in his pitch, to what he learned in Muse.

So we had a strong potential character, but then we had to build his experience out into a story. That meant adding in both his desire (for people to feel his work) as well as his conflict (his results were inconsistent, his clients weren’t always thrilled, and he didn’t love what he was producing).

The desire and conflict come together to take Mark on a journey, the one he had with Muse, and the story finished with the powerful results that he experienced. All we did was apply story principles to the testimonial Mark sent us to create something much more engaging and effective.

The results were incredible. It got featured on several blogs, had 2,300 total plays, and over 127 actions (a link to product page). And make no mistake, this is a sales video, it’s just crafted as a story.

More than that, this case study helped us reach our 90-day goal of 1,000 registrations in just the first week. It was a pivotal part of the success of our launch, and it wouldn’t have been nearly as effective had we not applied these story principles.

The next time you’re looking to create a case study or testimonial, be sure to start with a character with strong desire, embrace their conflict, and take your viewers on a journey to the powerful results that your character experienced.

If you’re interested in going deeper with story, you can download our free 30-page ebook that breaks down the 3 reasons why story is so powerful.

Not sure where to begin or need a video strategy refresher? Learn how to concept, produce, measure, and utilize video with our 5-day email course!