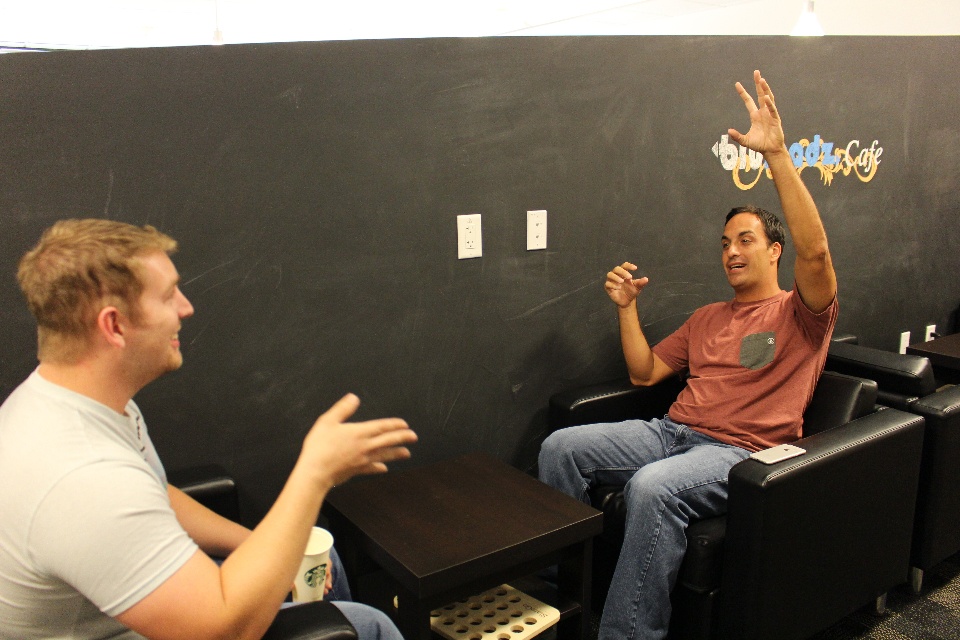 “Is it awesome?” This is what Bluleadz employees ask before bringing an idea to life. Their tight-knit team of inbound marketers thinks of themselves as extensions of their clients' marketing teams.

This Florida-based marketing agency doesn’t just claim to “do inbound marketing,” they truly believe in it. Helping their clients with everything from paid search and SEO to copywriting and video content, they’ve become a trusted agency and leader in the space.

“Our boss is always pushing us to become pioneers in the industry,” says Video and Media Specialist for Bluleadz, Alex Dunn. “We saw the way things were going, and how easy it is to consume video content rather than reading a block of text, so over the last year, we’ve put a huge push on improving the way we do video.”

Bluleadz has been creating videos for their website and their clients for quite some time. When they first started, they were relying on YouTube, where it was easy to lose the attention of the viewer in the sea of competitive video content, and much harder to track engagement.

As the video trend began to grow, Bluleadz wanted to get in early, so they ramped up their production and signed up for Wistia, but they still weren’t using video strategically…

“Several months ago, we realized we weren’t using Wistia as we should be. We were uploading and forgetting.” says Alex. “We were putting videos on the blog and saying, ’here’s the video,' and that was it. We hadn’t really grasped what we could be doing.”

“We realized we weren’t using Wistia as we should be. We were uploading and forgetting …  we hadn’t really grasped what we could be doing.”

Alex and his team knew their approach to video had to shift if they really wanted to differentiate themselves in the market, so they started making more videos, utilizing Timeline Actions to drive action, and paying attention to the data tied to each video to improve the performance over time.

Bluleadz started creating every video you can think of to promote their agency. From culture videos and “how-to’s” on their blog to video voicemails and email signatures. They started using video through the entire buyer’s journey, from first touch to the critical moments before signing a contract. They also began paying close attention to the metrics and performance behind each video.

“Because we’re growing with video every day, we’re always discovering new ways to use video and new ways to not use it,” says Alex. “Having all of this data has made us realize, hey, maybe we shouldn’t use Turnstile on every video at the 10 second mark. Maybe it’s more important to get that value across and follow up with a CTA at the end. We came from very humble video marketing to something that can actually drive results.”

“We came from very humble video marketing to something that can actually drive results.”

The typical buyer’s journey begins as a new visitor is consuming content on the Bluleadz website. At some point the visitor comes across one of their 2-minute informational videos, and sees a call to action like the one below.

As the lead is then directed to the “Thank You” page, another 17-second video pops up with the face of their humble CEO and founder, Eric Baum. Check it out:

Who doesn’t want to become a blogging expert? You likely noticed the Turnstile email collector that arrives at the end of the video. The leads that are captured through this form are sent to HubSpot and added to an SQL list, which alerts the sales team to reach out.

The sales team can then easily go into that lead’s contact record and see exactly which videos that lead has watched, down to the percentage completed. This allows sales representatives to have more relevant conversations tied to the topics that prospects are most interested in.

It can be quite challenging to get new leads on the phone at times. To combat this challenge, the sales team started making these quick, personalized video voicemails, which they’ve found to be the most helpful way to get hesitant leads to commit to a phone conversation.

As the buying process approaches the end, one of the most successful videos that Bluleadz has implemented is a personalized “meet and greet” of their office.

“We knock these out in 1.5 – 2 hours after a really great call with a prospect still deciding,” says Alex. “They’re not perfect, the lighting is a bit shoddy, but it’s such a differentiating factor that really creates a personalized connection with people on the fence and sways them towards us ultimately.”

“We knock these out in 1.5–2 hours after a really great call with a prospect still deciding. They’re not perfect, the lighting is a bit shoddy, but it’s such a differentiating factor that really creates a personalized connection with people on the fence and sways them towards us ultimately.”

Alex’s boss Eric has also seen how impactful video is for converting leads into customers. “Most of our companies are all over the world, and we never get to see them face-to-face,” says Eric. "Without exception, every single customer that we send a video to responds back, ’this is really cool,' ’this is amazing,' ’thank you for sending this.' So they’re really appreciative, and they’re not seeing this from other agencies. They understand that if we pay that much attention to them during the sales process when they’re a customer, we’re going to do awesome work for them.”

“Bluleadz has seen a 36.9% higher close rate when a personalized video is used.”

Their largest deals have also been won with video, including one company paying $35,000/month and another paying $12,000/month!

“People like people. We’re able to maximize that with video more so than any other form of content. It’s a stronger connection, it gets better engagement. You can’t replicate that with a data-sheet or written guide, because you don’t have a human voice communicating with you,” says Eric. “Video allows us to show off the human element that runs our business and build trust with every one of our customers.”

“People like people. We’re able to maximize that with video more so than any other form of content. Video allows us to show off the human element that runs our business and build trust with every one of our customers.”

So, what’s next for Bluleadz? A whole lot if you ask Alex!

“Every day there’s a new video project, and it’s great, and frustrating, and wonderful.”