A video is better at capturing memories than a photo.

I have an awful memory. So as a workaround, I supplement my brain’s powers with moving pictures. I’ve found myself shooting more video than photo for the moments in time that I want to help my brain remember: vacations, ski trips, even construction projects with my dad. And what I’ve found is that a video takes me back to the moment in time more than any number of pictures could.

For me, video can capture details you might not have even known you were missing with a photo. It tells the story of the moment. Stories like:

The camera was shaky because the bus ride was so bumpy and cramped.

The mass-chaos of the food line.

The snow really was as light as baby powder.

My dad’s nervous, little-boy reaction when he tore apart the pool.

Not to mention that it’s way more fun to watch a quick video than to scroll through a sea of photos!

The irony is that my video camera (the Canon 5D Mark III) is more well known for its photography performance than for its video performance. But I pay no mind to this. That’s why I tote it along on most every trip I go on.

Here are some tips that I consider when I’m traveling with a camera.

I’ve found that just taking one or two lenses puts a healthy constraint on the extent of your filming. Less gear to worry about, fewer things to try to fit into your day pack, and less pressure to constantly be changing lenses to get the best shot. 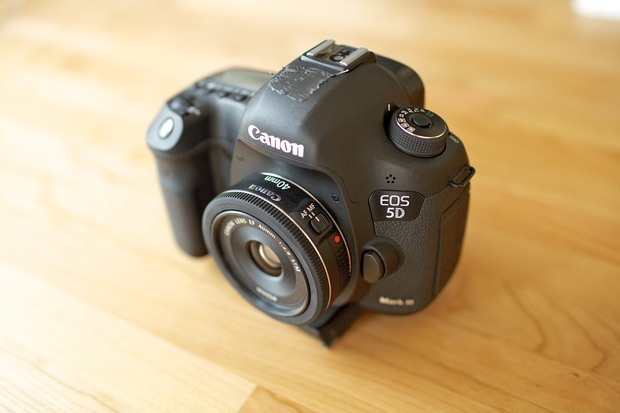 My vacation travel lens of choice is the Canon 40mm pancake lens. A fixed lens doesn’t zoom, which forces you to find creative shots by moving your body and the camera rather than just zooming in. This perspective change may reveal a new detail about the scene or another piece of a memory to capture.

Lugging a tripod around can make shooting video feel like work. And while you’re leveling the tripod, you may have missed the very thing you thought to capture! So consider just taking a Joby to prop the camera up in a pinch. And remember, even shaky video will help tell a story.

Then when they’ve been awkwardly staring into the camera for 6 seconds waiting for the shutter sound, let them know “It’s a video! ”! What happens next will be an awesome way of capturing human idiosyncrasies. You might get a laugh. Maybe an eye roll or two. But you’ll get a much more authentic memory than just a posed “cheese face” photo.

Now that I’ve properly offended the photography community, I’ll leave the floor to you. Does video bring you back to the moment like it does for me? Do you have any vacation video tips? Am I totally off-base because of my intrinsic bias towards video?!?!