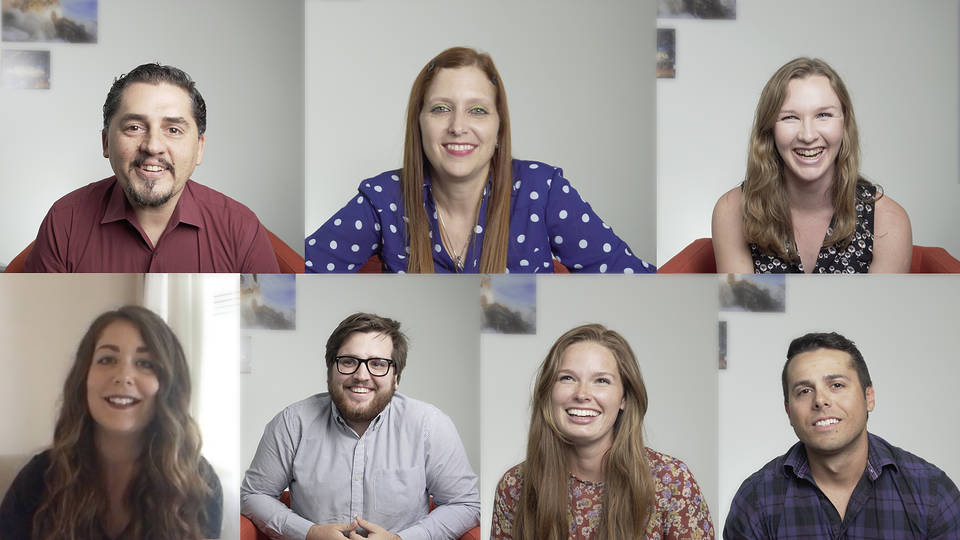 That’s what went through Nextiny CEO Gabriel Marguglio’s mind when he heard advice that floored him: by 2017, at least 50% of every company’s marketing content should be video-focused. In an age where people prefer to watch rather than read, Gabriel realized he could no longer avoid video’s increasing importance. “It was always in the back of our minds to do video in the future,” he said. “But there was definitely that fear that video was too expensive.”

A Sarasota, Florida-based inbound marketing agency, Nextiny Marketing has always made their clients' success their top priority. Initially specializing in SEO, the company saw the opportunity to provide even better services for their clients. And so they underwent a major transition toward inbound marketing, providing everything from sales enablement services to social media and email marketing campaigns.

So it’s no surprise that when video took center stage as the next big thing in marketing, Nextiny had to get on board. But Gabriel wasn’t certain they’d be able to tackle video production and video promotion without the resources to pull them off. With no equipment or previous experience, he turned to Wistia.

Getting the ball rolling: Partnering for success

First, Gabriel started to learn more about the video creation process, taking advantage of Wistia’s video training tutorials. Next, he reached out to Dee Dee de Kenessey, who runs Wistia’s Agency Partner Program. As a Wistia partner, Nextiny gained access to the resources and support they needed to begin creating videos for themselves and their clients.

Then, they were paired with Wistians from across the company, including their own dedicated Wistia success coaches. Whenever they needed to ask someone for video strategy tips, camera recommendations, or help with the Wistia player, they knew just who to reach out to.

Finally, they joined the Wistia Community, which connected them to other partner agencies they could reach out to with any video questions. The Community was especially helpful for last-minute answers to their questions, like when they were on their way to a shoot and needed help planning a video. “Within an hour we had 10 responses from random people around the world,” Gabriel said. “That was amazing.”

With their newfound video knowledge, support from their success coaches and the Wistia Community, and tools from Wistia’s Agency Partner Program, Gabriel and his team felt confident and empowered to dive right into video.

Initially, they produced all of their videos using iPhones, following the tips and tricks from the Wistia Library. Later, they upgraded to a basic camera and a $100 lighting setup. And from there, it was time to bring their video superpowers to their clients' rescue.

To kick off their new video marketing services, the agency educated their clients on the benefits of video, then moved on to more detailed explanations of video production, video marketing, and using Wistia. Next, to spark interest, Nextiny made short videos for their clients. After watching and testing these new videos, their clients asked for more, which enabled the company to start expanding their offerings and growing their retainers.

After making a new client video, the Nextiny team would get to work on incorporating it into the client’s various content platforms. The video would then be used across social media (generating more lead engagement), email campaigns (increasing open and click-through rates), and for SEO.

Analytics, testing, and the Wistia-HubSpot integration

Once each new video launched, Gabriel’s team monitored its performance, watching for areas where it could be improved. If the analytics showed that a video was losing viewers during the first 5 seconds, they would cut the section and see if there was an improvement. If a video with a certain theme showed better analytics than another (for example, a customer testimonial video performing better than an explainer video), they would make a note to produce more of those types of videos. Nextiny also made sure to test their videos by experimenting with Calls to Action, Turnstile, and other Wistia features to find out which ones were giving the best results for each customer.

While testing out the different Wistia features, Gabriel and his team also spent time getting to know the Wistia-HubSpot integration. As an agency that relies heavily on marketing automation, Nextiny made it a priority to align their new video output with their other marketing strategies, ultimately allowing them to view their video performance in the context of their entire marketing scope.

“The Wistia-HubSpot integration has allowed us to see the impact of video on our customers' leads,” Gabriel said. “Whenever we can show that video helps move people through the funnel and converts them into customers, that’s crucial for us.”

Lastly, as they got the hang of making video, the Nextiny team developed an in-depth video content strategy. Before shooting a video, they would host a meeting to ask themselves questions like, “Why video for this campaign?” and “What’s our video goal?” After each video had launched and the video analytics came in, they would set aside time to discuss whether or not the video achieved its goal and what steps they could take next time to improve.

Soon, Nextiny started thinking about the role video plays throughout every stage of the buyer’s journey. They spent more time coming up with creative ideas and making sure their video plan was intentional. “We started using video to drive our entire content strategy,” Gabriel said.

Before long, it became clear that all of Nextiny’s clients not only loved video, but also were impressed with the agency’s newly acquired video skills — they looked to Gabriel and his team as video experts.

As their clients demanded more video, Nextiny grew their video program even more: they stopped viewing video as an optional add-on and began seeing it as an essential component of marketing success. “Seeing the connections between video and conversion rates really made things click for us, so we started developing a whole strategy to connect video to the buyer’s journey," Gabriel said.

Nextiny focused on optimizing their clients’ videos, paying attention to their performance and monitoring based on the analytics. Soon they were editing their videos to improve play rate and engagement. They even moved their clients’ old videos from YouTube onto Wistia.

Nextiny saw results almost immediately after launching their video services, and they subsequently became one of Wistia’s top agencies in less than a year.

Just 6 months after beginning with video, the numerous successful outcomes spoke for themselves. Here are some of the highlights:

Despite his initial fears about tackling video, Gabriel believes the results prove it’s been worth it. “We were worried video was going to be hard,” he said. "We thought it always needed to be perfect, but we realized that wasn’t the case. Even our own customers can create amazing video content themselves with Soapbox."

Given the growth Nextiny’s seen after making the leap into video and joining the Agency Partner Program, what advice would Gabriel give to agencies who might want to follow their lead? Simple: “Just do it,” he said. “Wistia made it so easy to grow as partners and video authorities.”

Whether you’re an award-winning video expert or someone who’s never touched a camera in your life, Wistia’s Agency Partner Program will give you the support you need to up your video game. Sign upto find out how we can help!