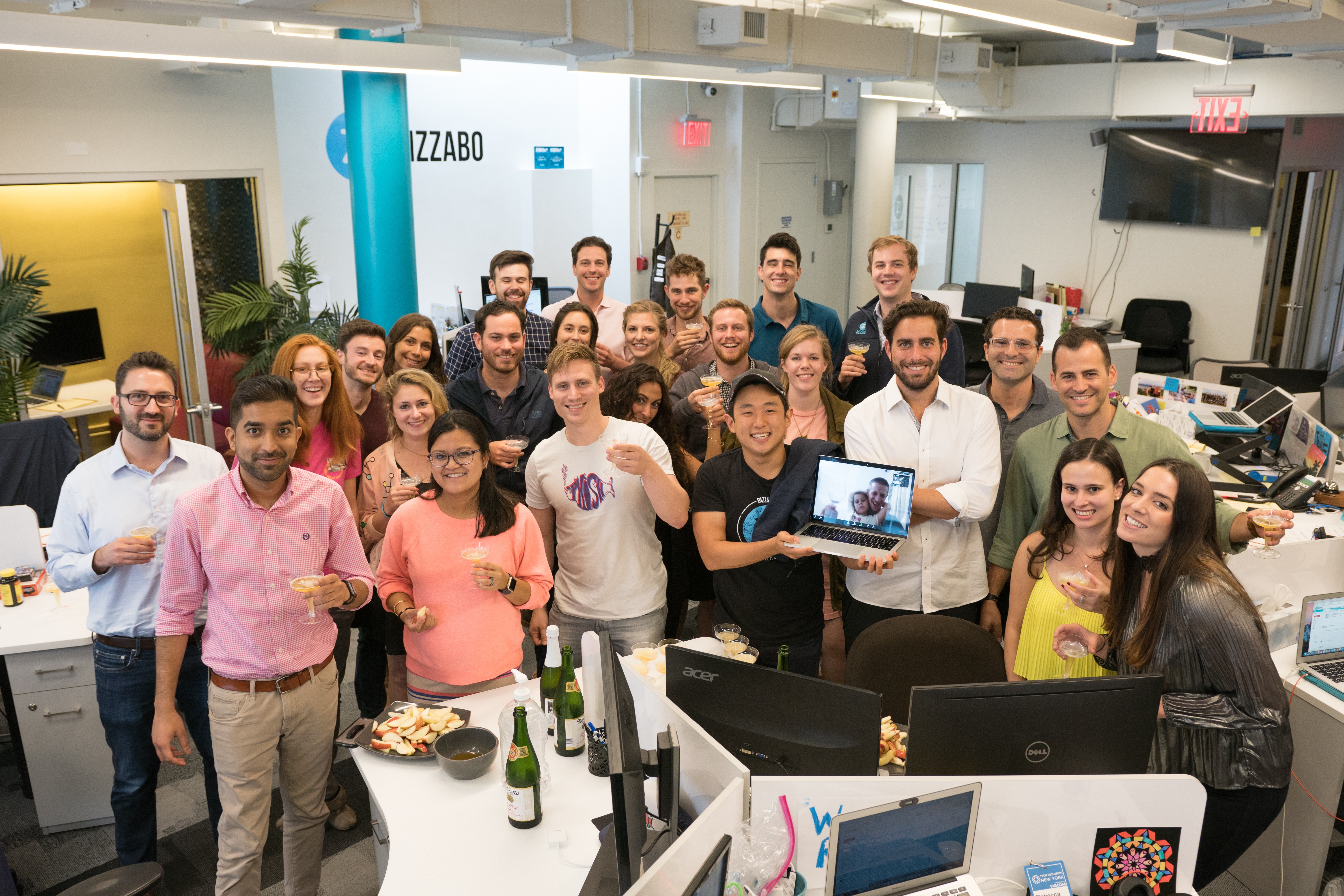 Even in today’s video-saturated business culture, it’s rare to see a company that uses video effectively in almost every way possible.

But Bizzabo is different. Video has been their mainstay, whether it’s for tutorials, product demos, customer testimonials, or content promotion. And with offices in New York and Tel Aviv, the company looks to video as a way to boost company culture and morale.

“I think (video) is very much aligned with who we are as a company,” said Tom Shelly, Product Marketing Director at Bizzabo. “We’re an event management platform, so we believe in the power of engagement and community.” For Tom and everyone else at Bizzabo, that’s exactly what video offers.

Becoming part of the video revolution

Just 2 years ago, video was pretty much an afterthought at Bizzabo. So when Tom joined the team around that time, she wanted to start incorporating video into their product marketing strategy. Within a year, video was adopted by the entire marketing team, and soon the Wistia hosting platform came into play.

“It’s very clear for us at this point that video has to be part of any marketing campaign we’re doing,” Tom said. Any time the Bizzabo team is working to create a marketing campaign, it’s almost always going to include a video aspect, along with more typical components like a launch email, blog post, and webinar. According to Tom, video is the main element that makes people click and engage with their content more than any other.

As the company has continued to grow, so has their usage of video. Initially, Tom was in charge of video production, periodically enlisting the help of a few freelancers. But because every team within the company — from marketing to HR — is thinking about videos they need, the company now has a full-time video producer they can turn to. “Now that everyone is taking part (in video), I’m no longer the only person who’s doing it, and that’s how it should be,” Tom said.

A viable alternative for in-person interactions

Bizzabo views video as more than just an essential tool for their product and marketing efforts: It’s also a competitive differentiator. “You might say event planning is an ‘older’ industry, and we’re the innovative company that’s taking risks and pushing things in a different direction,” Tom said. “It’s important for us to distinguish ourselves (from our competition), and that’s where video comes into play.”

“It’s important for us to distinguish ourselves (from our competition), and that’s where video comes into play.”

For Brandon Rafalson, Content Marketing Strategist at Bizzabo, video gives a distinct advantage because it’s the best way to show who the company is, and what they do. “We view video as an opportunity to connect with our audience, but it’s rare that you see other companies in our space doing that,” he said.

Even though in-person interactions are what Bizzabo believes in most, that’s not always possible when you’re targeting an international customer base. That’s why anyone who visits Bizzabo’s website will see 2 videos on their homepage that capture the essence of their product, in addition to showcasing how customers are successfully using it. “They’re innovative, they’re fun and unique, and they’re beautiful,” Tom said of the homepage videos. “It’s hard to achieve that through a static image or just with text.”

Going the extra mile with testing and analytics

But producing eye-catching videos that promote who you are and what you offer can only get you so far. Enter Wistia analytics and integrations, which Tom and Brandon often look to in order to get a better idea of how their videos are performing and what they can improve on. “We’re asking ourselves things like, ‘Where should we put the video so that it performs better?’ and ‘Where are people dropping off?’” Tom said.

From a demand generation perspective, Brandon likes to duplicate certain videos, then see where they perform better based on the platforms on which they’re posted.

Bizzabo turns to the Wistia-HubSpot integration when they need to know if a particular person has watched a video, particularly for internal training purposes. “It’s important for us to see how long someone has been watching or if they’ve dropped off at a certain point,” Tom said.

Thanks to Soapbox, creating video is now something every Bizzabo employee can do easily. And the ability to export Soapbox videos to Wistia has provided a huge boost.

“You could easily make a Soapbox video for almost every interaction you have, and it’d add value,” Brandon said. For instance, he’s started making Soapbox videos as a quick way to say “thank you” to people at other companies who’ve contributed to Bizzabo blog posts. “Choosing specific cases to wow people with a personal video feels more genuine that simply sending an email,” he said.

“You could easily make a Soapbox video for almost every interaction you have, and it’d add value.”

Soapbox has also helped Bizzabo source user-generated video content from across the company. Inspired by the Febbies, Wistia’s month-long focus on delighting customers with video, Brandon encouraged those in non-video roles to interact with customers, prospects, and leads with video. “It was cool to see how easy using Soapbox was for most of them, and we want to keep educating the team about how to use it more,” he said.

Connecting across continents with video

As a company divided up between 2 offices, not to mention 2 continents, video has had perhaps the most unexpected impact on Bizzabo’s company culture. Although the teams communicate frequently via email and Slack, that can only go so far.

Bizzabo used to put out a monthly internal newsletter that highlighted both personal and company updates. Now they release a video each month to better capture the vibe of both offices. “From an employee perspective, I think it’s really cool to see these 2 offices separated by an ocean still be able to connect,” Brandon said. “It’s a very visible, concrete expression of collaboration despite that difference.”

The company also uses video for onboarding purposes. Some of the first emails new employees receive include video intros from Bizzabo’s CEO, along with videos showing off the unique office culture.

“We’ve started to hear positive comments from people coming in to interview with us who’ve seen our company culture videos,” Tom said. “It’s nice to hear people say things like, ‘This seems like a fun place, and I want to work here.’”

Video and the future of Bizzabo

“For any initiatives or campaigns we run in the future, we want video to be a part of them,” Tom said.

A bold statement, perhaps. But given Bizzabo’s current video output and emphasis, it’s not entirely surprising.

For Brandon, this emphasis means creating video content that’s pushing boundaries. “I want to keep experimenting with different kinds of videos and styles,” he said. One example of this outside-the-box approach? A film noir-style video the company produced in early 2017. “It was a way to grab people’s attention with a theme most of them would be familiar with, regardless of their demographics,” Brandon explained.

As Bizzabo looks to launch a course certification program for their customers, as well as a new product where video will factor heavily into the release, Tom says Bizzabo isn’t going to be backing down from their commitment to video any time soon. “Looking ahead, video is going to be a part of everything for us — that’s the bottom line.”